Boeing's next generation of planes?

Boeing reached an agreement with NASA last week to produce a prototype of a Transonic Truss-Based Wing aircraft. They believe this wing design can improve fuel efficiency of smaller airliners by up to 30%. If the testing is successful (which I suspect means it actually delivers at least a 10% reduction in fuel use), it could form the basis of the next generation of single aisle planes for Boeing.

Here’s an article and a video on the topic. 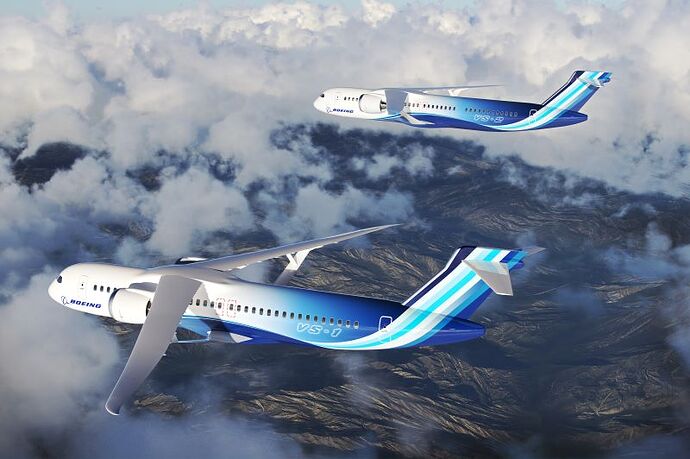 NASA and Boeing have been working together on the high-aspect-ratio TTBW configuration for more than a decade.

Boeing reached an agreement with NASA last week to produce a prototype of a Transonic Truss-Based Wing aircraft.

So basically a bi-plane. Everything old is new again, I guess.

So basically a bi-plane. Everything old is new again, I guess.

Not exactly a biplane, more like any number of high wing aircraft with struts… Champs, Piper Cubs, Taylorcraft, etc.

Also more of a glider to get lift. A major fuel saver.

What is “transonic?” Supersonic? Just below Mach 1? Or merely the name of a design style?

I think in this case it might be 0.8 mach

So basically a bi-plane.

No, nothing at all like a bi-plane. Clearly, you didn’t bother to read the article or watch the video. If you had, you would know why this isn’t a biplane.

For some remedial education, this plane design uses a long, thin wing. Lift is generally in proportion to the area of a wing. Some planes use short, stubby wings. Think modern fighter jets. Some use long, skinny wings, like gliders. Most are in between. The big difference is that short stubby wings have a lot of induced drag - the drag that is produced in connection with producing lift. Long, skinny wings have less induced drag. That’s why gliders use those long skinny wings. They need as little drag as possible so they can fly further.

Enter the truss on this design. It adds strength to the wing so the skinny wing can lift more weight without breaking. Yes, the truss is designed to be aerodynamic and actually provides a small amount of lift as well. But it’s main purpose is supporting the wing.

So tangentially similar to a biplane in that lift comes from two different places, but not really. A biplane has two wings. They are tied together, but are still separate wings of roughly similar size. The truss on this design is tiny compared to the wing. And it serves a different purpose, even if it does provide a little bit of lift.

Anyway, my point is that this seems to be the direction that Boeing is headed with commercial passenger aircraft design. Rather than trying to incrementally improve existing designs, they’re starting with a different design.

Hopefully, it is a sign that real engineering is coming back to Boeing. They’ve been putting finance ahead of engineering for quite a while. And that got them unforced errors like the 737 MAX and it’s associated headaches. And it also explains why we probably won’t see any more redesigns for a while. If this design proves out to work as expected, it won’t hit production before the mid to late 2030s. And they will leapfrog ahead of Airbus in the commercial market. They think they’ll get a 30% reduction in fuel consumption. But even if it gets only 10%, that’s still significant and should generate a lot of orders.

The concern would be what if this doesn’t work? They don’t have anything else really in their design pipeline. They’re taking a risk of falling behind Airbus in the commercial space.

Hopefully, it is a sign that real engineering is coming back to Boeing. They’ve been putting finance ahead of engineering for quite a while.

Would Boeing be doing it, if the government was not subsidizing the development program? From the size of the subsidy I read in another article, “We The People” are picking up about 37% of the cost of Boeing’s program, for the company’s private profit.

No, nothing at all like a bi-plane. Clearly, you didn’t bother to read the article or watch the video. If you had, you would know why this isn’t a biplane.

Lighten up, it was a joke.

But now that I look more closely at a photo, I note that the “strut” is nearly the width of the wing. I can’t recall any “struts” on piper cubs or other planes that are so wide. 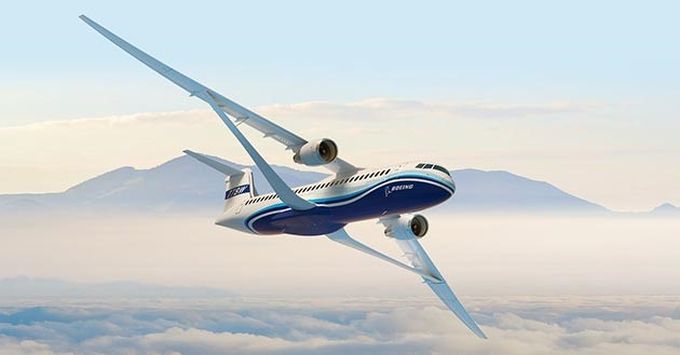 Engineers at Boeing and NASA are collaborating on a lightweight, ultra-thin Transonic Truss-Braced Wing (TTBW) concept, designed to be more aerodynamic and fuel efficient than current designs, as part of the Subsonic Ultra Green Aircraft Research...

Lighten up, it was a joke.

Sorry, my sarcasm detector must be out of calibration.

I note that the “strut” is nearly the width of the wing.

But I’m right, you didn’t open either link, did you? The cover photo on the YouTube video cut off the ends of the wings. The strut meets the wing about half way along the wing, as can be seen in other images at the links.

But I’m right, you didn’t open either link, did you?

Indeed I did. I owned a trade magazine for the airline industry for 3 years, and also wrote about a thousand bazillion articles for it. I’ve also toured the Boeing plant in Washington, and held the contract to provide the audio channels (among others) on American Airlines and a couple of foreign carriers back in the 90’s. Also worked with Boeing, Honeywell, and Inmarsat in an (failed) attempt to bring live TV to airliners. (It involved, and I am not kidding, cutting a hole in the top of the plane and putting a movable dish in a bubble/hump to pull in satellite feeds. It worked, and it also cost fuel, time, maintenance, and headaches, and nobody in the industry wanted any part of it except us. We were handling the bicycling of tapes onto planes daily and while profitable, it was a huge PITA and we wanted to be rid of it.)

We take so much for granted, boarding our airliners. The weights they have to life on those flights is tremendous, and it’s had me in awe from my first flight in1960… Since then many more, some really long, from SFO to Australia, South Pacific, Europe… Also toured that Boeing plant as the 767’s came out… We all gain from all these developments, so many jobs to go with them… Nice to see the progress…

So yeah it looks like a bi-plane to me

Then it might be time to get those eyes checked.

Biplanes (just ignore that supersonic one from MIT)
https://www.google.com/search?q=biplanes&tbm=isch

Planes with struts (ignore that first image that shows a strut on a biplane)
https://www.google.com/search?q=planes+with+wing+struts&tbm=isch