One interesting aspect of commercial EVs is that often they operate in a small area and spend the night back at the depot. For example, post office, FedEx, Amazon, UPS. A 50 mile range is probably enough and there are no worries about charging. Also, since the customers tend to have deep pockets they tend to buy fleets. Amazon has ordered 100,000 delivery vans from Rivian.

Amazon Electric Delivery Van by Rivian Launch Event and Walkthrough! Is This The Best Electric Van?
The presentation audio is crappy, skip to minute 8:30 for the interesting part

I think Rivian is one of the startups that will succeed (LONG RIVN).

Fuel For Thought: The Future Of EVs And Alternative Propulsion In The Commercial Vehicle Market 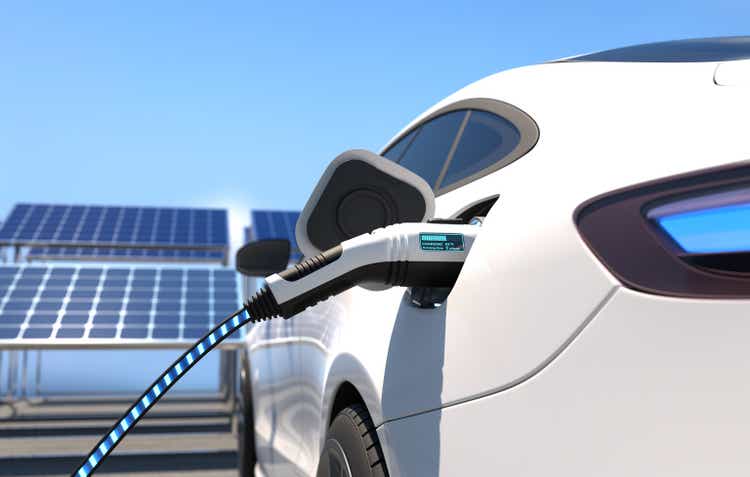 Fuel For Thought: Future Of EVs And Alternative Propulsion In Commercial...

Aside from the supply shortage, one of the biggest buzzwords in the commercial vehicle industry over the past few years has revolved around electric vehicles (EVs).

I can see fleet buyers being much more gung-ho about EVs than the general public for sure. Less maintenance. Range is not an issue. Charge at the end of the night at the facility it would be normally parked at anyway. Maybe using on-site solar/battery, or at least off-peak grid electricity.

RIVN is a good call. Ford and Mercedes (maybe Volvo?) are big players in delivery vans as well but no idea if they are looking at electric in this space yet.

I like Rivian over incumbents because they don’t have the legacy issues, just the startup issues.

I’m also invested in DE and AGCO. Both are primarily farm implement dealers, but both are also going the automation and self-driving route. Deere wants to make tractors that drive the field themselves, freeing farm labor. Agco is trying to sell kits to retrofit existing tractors to do the same thing. Agriculture is a big industry, and automating it is a big deal. Frankly, self-driving is becoming a reality in fields like this (and warehouse) much faster than it is with cars. And with a real economic benefit. Not sure how well this dovetails into the “commercial EV” space but I think its close enough.

There are other agriculture uses for automation as well, but I’m not sure who those players are. Solar powered self-driving robots with computer vision that identify weeds and spot-spray herbicides and fertilizers, using substantially less of both with less environmental impact. Autonomously. They exist, but I don’t know who the players are. And some plants are getting close to being harvested by autonomous machine as well.

Frankly, self-driving is becoming a reality in fields like this (and warehouse) much faster than it is with cars. And with a real economic benefit. Not sure how well this dovetails into the “commercial EV” space but I think its close enough.

The good part is that farms and factory floors are much safer and better controlled environments than city streets and highways. Automating them has been in the works for decades. Some 50 years ago a delivery business in Venezuela, similar to UPS, installed an automated system (mechanical) for loading the trucks. First in were the packages for the furthest destination, last in the nearest destination. Small potatoes by today’s standards but the need has been there all along.

I think it fits beautifully with the “commercial EV” space but also maybe with the machine learning AI space! Human designed algorithms (my profession?) tend to be much more limited than what neural network based AI will be able to do. It would be interesting to know what underlying technology these self-driving technologies are using.

I don’t understand why I hear almost nothing about EV for schoolbusses. There’s a big market, the mechanics seem simple, the busses have a limited route twice a day, can be charged by solar during the day, run predefined routes, and don’t require a lot of the fancy accoutrements that upscale cars do (GPS, stereo, satellite, etc.)

Obviously I’m missing something because I can’t believe all these manufacturers are just skipping this segment because they’re stupid.

I don’t understand why I hear almost nothing about EV for schoolbusses.

My understanding is school buses are built on truck frames and engines supplied by truck manufacturing companies. Once electric trucks are available, electric school buses will soon follow. Amazon is buying electric delivery trucks. Longer frames might be needed for school buses.

Amazon has ordered 100,000 delivery vans from Rivian, they come in two or three sizes. 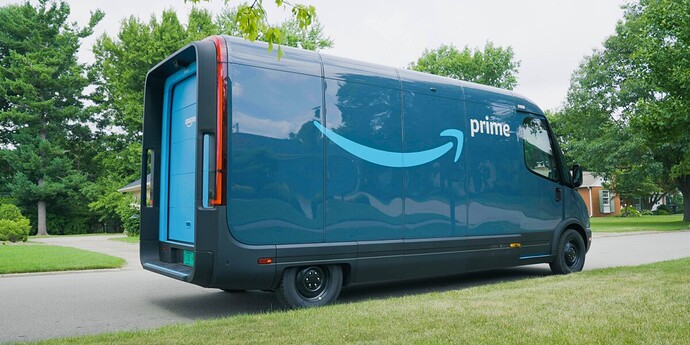 Amazon’s electric delivery vehicles from Rivian roll out across the U.S.

Amazon and Rivian plan to bring thousands of custom electric delivery vehicles to more than 100 cities by the end of this year, and 100,000 by 2030. 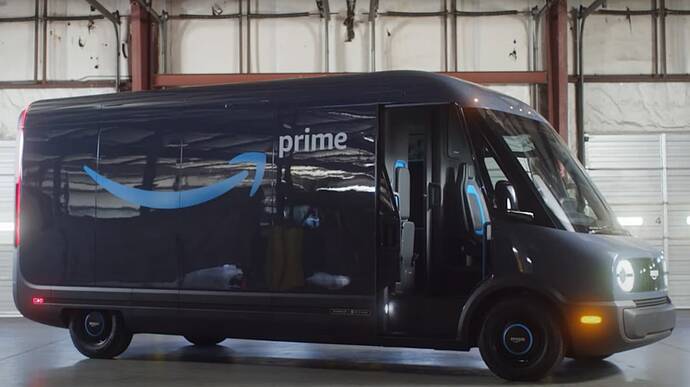 Ford, which also had some joint projects with Rivian, sold out their position. 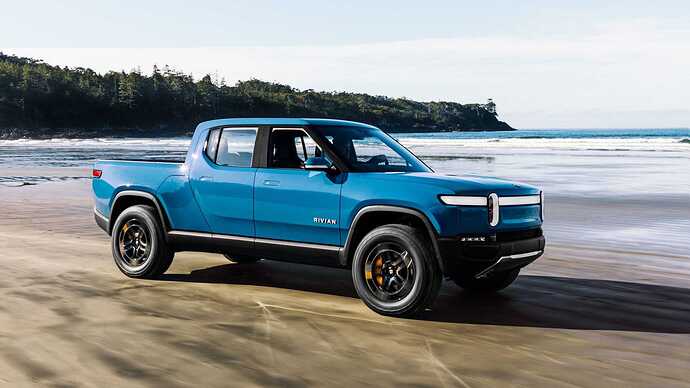 Ford ditches the plans to jointly develop electric vehicles with Rivian. Both companies will focus on their own EV projects.

…the busses have a limited route twice a day…

EVs are still more expensive to buy, tying up capital. The idea is that they make it back on fuel savings, but school buses don’t get used for enough hours in the day that the fuel savings is going to be able to make up that cost. That is why something like a UPS or Amazon delivery van is where it is starting, they are on the move all day.

Wayne in Richmond, IN used to be the largest US schoolbus manufacturer. You would pass their plant driving down I-70 through Eastern Indiana. (Richmond is best known as the home of VP Dan Quayle).

Wikipedia tells their story. They fell into bankruptcy in the 90s due to over capacity. Several reorganizations were attempted but none succeeded.

You might infer that over capacity and reduced profitability have been factors in delaying EV schoolbus development.

Blue Bird of Georgia appears to be a leader.

In January 2017, Blue Bird announced it would begin development of a Zero Emission Vehicle (ZEV) school bus with the Vehicle-to-Grid (V2G) technology. This development work is being supported by a $4.4 million grant from the U.S. Department of Energy, as well as additional support from other entities, bringing together just over $9 million in funds. The project will result in eight ZEV V2G school buses being deployed in California.[32] After unveiling fully electric versions of the Micro Bird G5 and All American in late 2017, Blue Bird delivered its first production electric school buses in September 2018.[33]

During the early 2010s, Thomas expanded its environmentally friendly product line. The Saf-T-Liner C2e hybrid diesel-electric school bus (introduced in 2007) met with little success, leading to its withdrawal in 2013; instead, the company invested in its alternative-fuel product lines. Having offered compressed natural gas (CNG) since 1993 in the Saf-T-Liner ER, the Saf-T-Liner C2 gained propane and CNG offerings (in 2014 and 2016, respectively). Alternative fuels became available on the Minotour

In late 2017, in line with each major school bus manufacturer, Thomas unveiled a fully electric school bus prototype. The Saf-T-Liner C2 Jouley (deriving its name from the unit of energy) is scheduled to enter full production during 2020.[26][27

Blue Bird of Georgia appears to be a leader.

Yes, I read about them. What I’ve learned is that an EV school bus costs about 3x that of a regular one, and I can’t figure out why. Unless you’re going to trick it out with all sorts of regenerative braking and other fancy gizmos, it’s basically the same shell on the same truck chassis, minus a Diesel engine plus an electric motor plus some batteries, right?

How does that triple the price?

According to this the average route is 15 miles. So a 30 mile capacity would likely handle the great majority of driving, yes? And almost any kind of electricity is cheaper than diesel at the moment, so I don’t get it. There’s a carrot, there’s a stick, and yet it seems hardly anybody is moving.

an EV school bus costs about 3x that of a regular one, and I can’t figure out why.

When a new product first comes to market, there are usually all sorts of start up costs that have to be paid for. That including engineering, tooling, and various new equipment. That is overhead cost that often gets allocated to the first production. Also small initial volume implies inefficiencies. You might suspect that most buses are made to order. So no assembly line efficiency. Unless maybe a school district decides to order dozens of them.

As volume picks up, EV buses are likely to become more economical. But someone has to be first.

Here’s the story on electric school buses in Missouri.

“Bipartisan Infrastructure Law signed last year, could lead to 55 new, electric buses statewide to ferry students, according to data released by the EPA.”

"Missouri’s biggest winner is the El Dorado Springs R-II School District in Cedar County in southwest Missouri, which could receive as much as $5.1 million for electric vehicle charging infrastructure and 13 electric buses. Superintendent Heath Oats said the district’s diesel costs last year topped $70,000 and that electric costs are cheaper.

“I have an interest in electric vehicles and saving money for the district,” he said.

" The Knox County district’s experience with the vehicles — and a website it runs to provide detailed information comparing its electric and diesel buses — has made it a widely known authority on the technology and turned Turgeon’s phone into something of a hotline for those weighing electric conversions of their own."