Does Ukraine create a new environment?

I would have to ask someone like Wendy, but does the economic aid we are supplying to Ukraine count as part of our export number and therefore go to the benefit of our trade balance?

Does the type of infrastructure damage that Ukraine is undergoing result in the probability of increased orders to electrical equipment manufacturers? Will this benefit mainly European ones or will there be US participants?

Who is responsible for the loss of revenue (or even ships) due to Russia’s cancellation of Ukraine’s grain shipments? What was not widely reported in the US was that, while both Russia and Ukraine were making grain shipments, Russia had a hard time getting paid because of Western monetary sanctions. They were threatening to stop the entire process unless the West loosened these restraints. Ukraine’s presumed attack of Russian warships that presumably had fired missiles into Ukraine during the conflict gave Russia the immediate excuse to pull the plug on the shipments.

In short, what are the unique opportunities to make a buck or increased risks for sectors because of the war?

Most US foreign aid goes to big US companies. So in theory if there will be increased US foreign aid to Ukraine, then companies like Flour, KBR, Bechtel, Aecom, etc. will benefit.

The vast majority of it is in military aid which is considered part of our GDP. It goes to American contractors. Some cash may flow but most is humanitarian aid and military equipment. The spending is good for our economy. The spending in part comes back to our tax coffers.

That’s sort of the point I was making. The aid “going” to Ukraine will be included in US trade figures (though scattered across the various contractors and manufacturers) which will help address the trade deficit.

It is not part of the trade balance.

The IRA addresses the trade balance by putting a longer term industrial policy into place.

Does the economic aid we are supplying to Ukraine count as part of our export number and therefore go to the benefit of our trade balance?

The economic aid we are supplying to Ukraine does not count as part of our export number because they are not paying us for the goods and services. 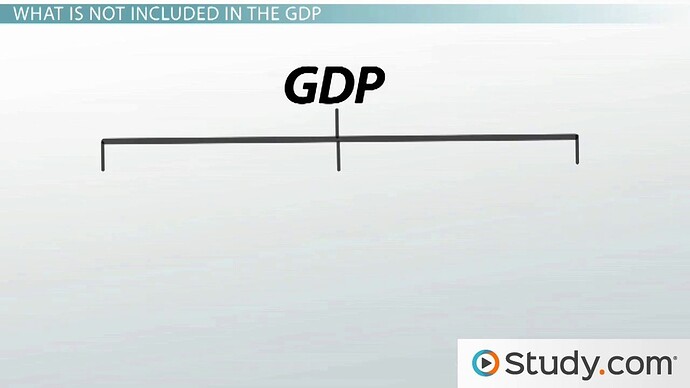 Gross domestic product (GDP) refers to the total value of the goods and services that a nation produces during a one-year period. Learn about GDP,...

However…when the U.S. ships military supplies to Ukraine our inventory of those supplies is diminished. New production is needed to replenish the inventory. That new production adds to GDP.

In short, what are the unique opportunities to make a buck or increased risks for sectors because of the war?

The defense contractors which manufacture the supplies are already receiving orders. 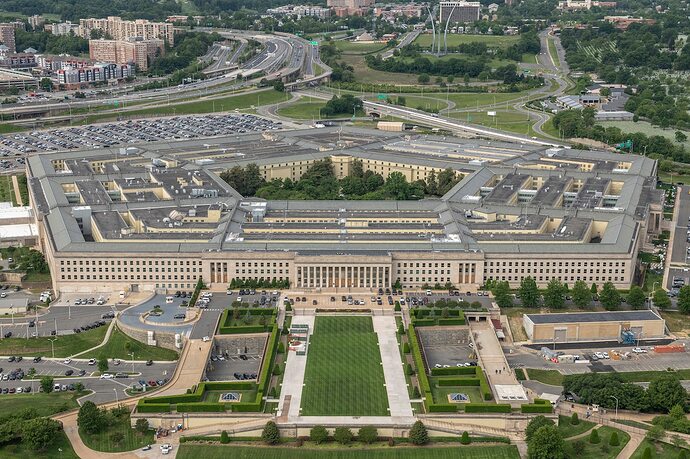 The Defense Department has contracted with an array of manufacturers to give back to U.S. military units what was taken from them to support Ukraine.

In fact, I think one major (but unstated) reason for support of the war in Ukraine is that it provides a way to blow up military supplies without costing American lives. The military-industrial complex needs a war simmering continuously to keep the production lines going in case a major war starts.

The military-industrial complex needs a war simmering continuously to keep the production lines going in case a major war starts.

Not just that, but also to test the efficacy of said weapons (without the use of US soldiers, or at least minimal use). 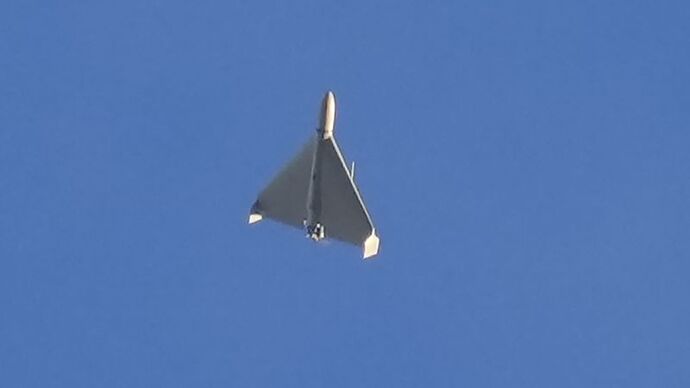 Iran is preparing to send additional weapons including ballistic missiles to...

Iran is preparing to send approximately 1,000 additional weapons, including surface-to-surface short range ballistic missiles and more attack drones, to Russia to use in its war against Ukraine, officials from a western country that closely monitors...

Iran is preparing to send approximately 1,000 additional weapons, including surface-to-surface short range ballistic missiles and more attack drones, to Russia to use in its war against Ukraine, officials from a western country that closely monitors Iran’s weapons program told CNN.

The shipment is being closely monitored because it would be the first instance of Iran sending advanced precision guided missiles to Russia, which could give the Kremlin a substantial boost on the battlefield.

Yuriy Ihnat, spokesperson for Ukraine’s Air Force Command, said on Tuesday that Ukraine currently has “no effective defense against these (surface-to-surface) missiles. It is theoretically possible to shoot them down, but it is very difficult to do it with the means we currently have.”

But it is unclear if the US will be able to prohibit further shipments from going ahead, even as concerns mount about Iranians sending even more advanced weaponry to Russia.

The Iranians may see this as negotiating with DC. It is a chip on the table. The Iranians may not do it as the country is in a state of unrest and Tehran may need some of those weapons. Talk is cheap. The use of a dozen or so surface to surface missiles among those 1000 weapons would be depleted quickly.

Actually, we show that we know something about history.

I was 7 years old when President Eisenhower gave his “military industrial complex” speech so I was totally unaware of it at the time. 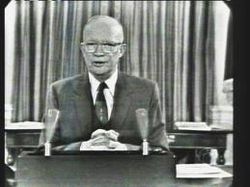 Eisenhower's farewell address (sometimes referred to as "Eisenhower's farewell address to the nation") was the final public speech of Dwight D. Eisenhower as the 34th President of the United States, delivered in a television broadcast on January 17, 1961. Perhaps best known for advocating that the nation guard against the potential influence of the military–industrial complex, a term he is credited with coining, the speech also expressed concerns about planning for the future and the dangers...

But he is one of my favorite presidents, judging by his results.

He kept Truman’s effective tax rate on the top bracket and the corporations. That worked like magic.

Actually, we show that we know something about history.

Ain’t that the truth. Personally, I was barely learning my own parent’s voices when Eisenhower gave that speech. But I still know of it and the now-iconic “military industrial complex.”

I also know he was right. Exhibit A - this thread. Giving our perfectly good old stuff to Ukraine so that we can make room for shiny new stuff. Does that improve our military or just improve the profits of military contractors?

The darker historical echo is Stalin’s USSR and Hitler’s Germany testing out military equipment and tactics in the Spanish Civil War. Not only are we using up older inventory, we are testing and discovering. It is fascinating to me that Iran is showing greater capability in this game than China or Russia.

One way to look at it is that the western weapons were built to destroy russian weapons. Mission accomplished?
Now we build state of the art fresh stuff to destroy chinese weapons?

It is fascinating to me that Iran is showing greater capability in this game than China or Russia.

China has a problem. As long as Putin wont let the grain flow, China’s third world partners are under economic pressure. For China to support Russia with advanced arms would sour relations with their third world buyers. Who are going hungry.

Russia bulks up as you know but bulking up is not teching up. Russia overspends some systems and has a small budget. Plus the Kremlin could not manage to open a paper bag.

Iran has tossed very little. But we are menaced by the mention of Iran.

By far the most important category has been communications equipment (and the sharing of US intel). But I don’t know whether this leads to LXH or NOC, etc. The major contractors all have very diverse portfolios, to help them deal with how uneven and chancy the military contracting business is.

Ukraine’s advantage has been using intel to create attack plans that can be passed down to the relevant units. This requires good com systems and careful use. Whereas the weapons are such a diverse lot of recently donated, plus inherited systems that their effective use would have been unlikely had they not very good com and control, intel, and planning.

Close coordination of military actions (possible due to survivable and encrypted com systems) would be how Taiwan, Japan, and the US defeat any Chinese force, especially the Chinese navy. Simultaneous time on target, with many different weapons types is how one destroys modern naval vessels.

Russia is letting the grain flow again as of this morning.

How much grain is another matter. I do not know that China’s trading partners are getting enough. I doubt it.

Russia is letting the grain flow again as of this morning.

I saw this news as well.

My thoughts were either Russia really IS desperate for cash (when Ukraine’s grain stops flowing, so does Russia’s) or Putin is trying to pacify his sunshine allies, China and India.