The Port of New York recently became the leading US port surpassing the traffic at the California ports. Amid the supply chain congestion issues of the pandemic era, new shipping routes from the East Coast ports to the West relying on rail have become more popular.

" CNBC Supply Chain Heat Map providers and Rooney say they continue to see more flow of shipments involving the Gulf ports. The increase in container volumes on the East Coast to Louisiana is a boost for CSX and Norfolk Southern. The increase in container volume in Houston is a boost for Union Pacific and BNSF, which is owned by Berkshire Hathaway. The rail congestion at the ports of Los Angeles and Long Beach have been a problem for most of the year. UP and BNSF service the West Coast ports and the delays are part of the reason behind the congestion at the port." 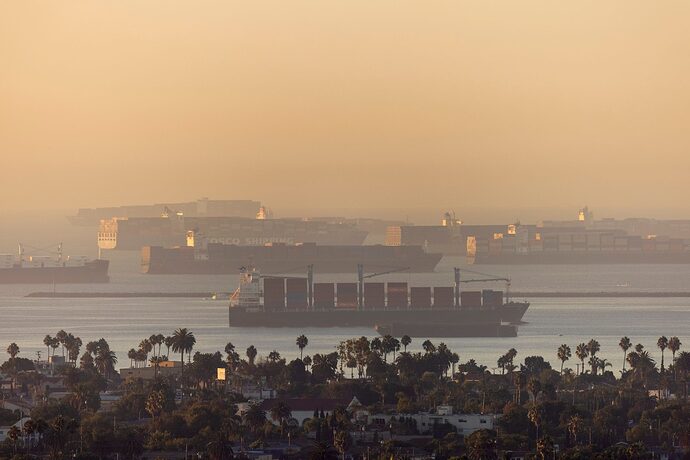 Checking Back In On Southern California’s Containership Backup

As U.S. import demand fades and inbound cargo increasingly shifts away from Southern California ports, the highly publicized containership backup at the neighboring ports of Los Angeles and Long Beach...