Europe clamps down on Chinese attempt to fish chip firms 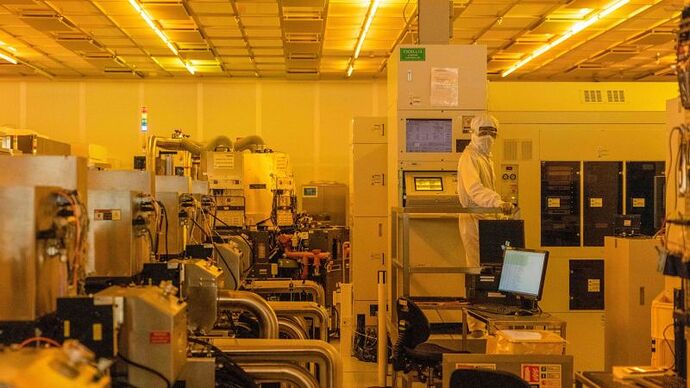 Two European chip deals have run into trouble over their links with China, a sign of concern spreading in the West over potential Chinese control of critical infrastructure.

Two European chip deals have run into trouble over their links with China, a sign of concern spreading in the West over potential Chinese control of critical infrastructure.

Last week, the new owner of Britain’s biggest chipmaker was ordered to unwind its takeover, just days after another chip factory sale was blocked in Germany. Both transactions were hit by national security concerns, and had involved acquisitions by Chinese-owned companies.

In the United Kingdom, Nexperia, a Dutch subsidiary of Shanghai-listed semiconductor maker Wingtech, was told by the government to sell at least 86% of its stake in Newport Wafer Fab, more than a year after taking control of the factory. Staffers have since been protesting the decision, saying it puts nearly 600 jobs at risk.

In Germany, the economic ministry barred Elmos Semiconductor, an automotive chipmaker, from selling its factory in the city of Dortmund to Silex, a Swedish subsidiary of China’s Sai Microelectronics.

Legal experts said the two decisions were notable because each deal was initially thought to have been cleared.

The Newport Wafer case is “the first completed acquisition” that needs to be unwound under a UK national security and investment (NSI) act, which took full effect in January, according to Ian Giles, head of antitrust and competition for Europe, the Middle East and Asia for Norton Rose.

Chips are a growing source of tension between the United States and China. Washington has declared a shortage of the materials a national security issue, and highlighted the importance of remaining competitive in advanced technology capabilities.

This year, the United States ramped up its own restrictions and pressed allies to enact their own, according to Lu. In August, the US government ordered two top chipmakers, Nvidia (NVDA) and AMD (AMD), to halt exports of certain high-performance chips to China.

Two months later, the Biden administration unveiled sweeping export controls that banned Chinese companies from buying advanced chips and chip-making equipment without a license. The rules also restricted the ability of American citizens or US green card holders to provide support for the development or production of chips at certain manufacturing facilities in China.

Staffers have since been protesting the decision, saying it puts nearly 600 jobs at risk.

The workers possibly engineers, certainly technicians do not get it. If China has a company taking over their jobs no matter what are gone. If the Europeans take control over their chip industry it will be burgeoning later and those workers will make far more money.

Sometimes people need to take a look down the road a little further than their own nose.

I thought the Chinese were trying to corner