First there was $SARK, and now $SJIM...Bloomberg: The Fund That Helped Investors Bet Against Cathie Wood Is Taking on Jim Cramer

Wait until thin-skinned Jimmy Chill reads this headline. If he has responded to it on Twitter, I’ll attach that to this OP 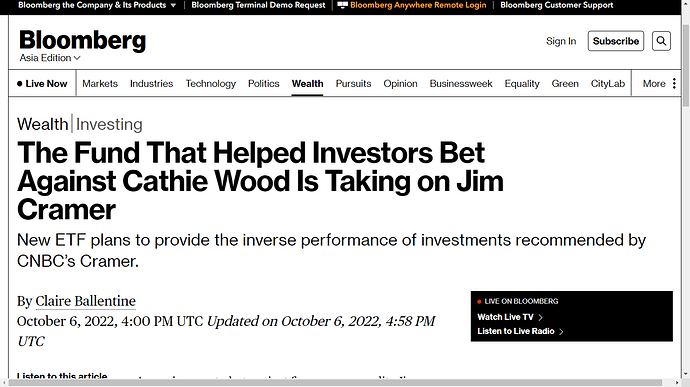 An easier way to bet against finance personality Jim Cramer is in the works.

Tuttle Capital Management — which previously launched an exchange-traded fund betting against Cathie Wood’s stock picks — plans to debut the Inverse Cramer ETF with the ticker SJIM, according to a filing with the Securities and Exchange Commission on Wednesday. If approved, the fund would provide investment results that are approximately the opposite of Cramer’s investment recommendations.

The host of Mad Money on CNBC is an outspoken and polarizing figure in the finance world, known for his ardent endorsements of various stocks, with mixed results. In 2021, he praised Ark Investment Management’s Wood just before her flagship fund plummeted, and he also famously tweeted to buy AMC Entertainment Holdings Inc. just prior to a 30% plunge.

The daily chart for $SARK, which is the anti-Cathie Wood etf named in this article: 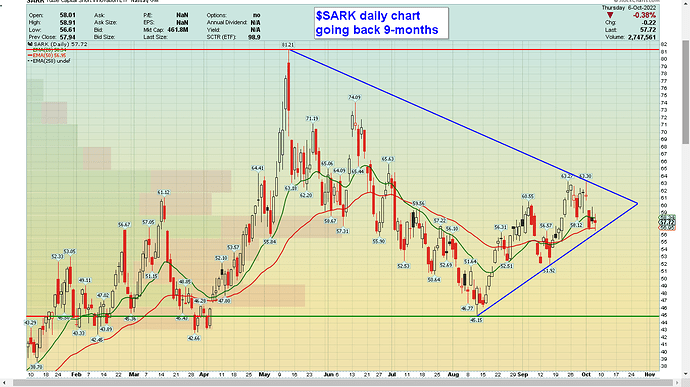 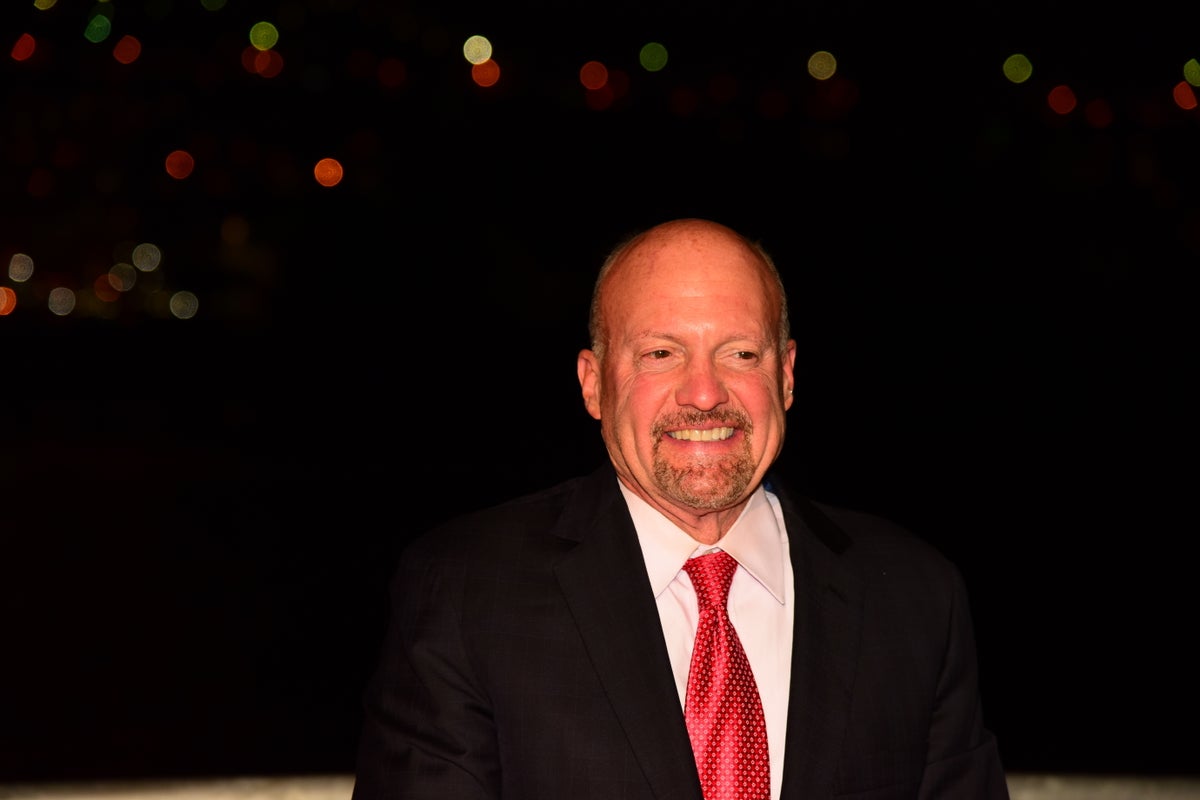 CNBC host and well-known financial media personality Jim Cramer is known for being called out on reversing his opinions.

CNBC host and well-known financial media personality [Jim Cramer](Jim Cramer - Latest News and breaking headlines - Benzinga)** is known for being called out on reversing his opinions. In less than one week, Cramer has changed his mind on what he thinks of an ETF aimed at his comments.**