How do I change my email address?

My email address shown in profile is no longer valid. How do I change my email address in the profile. It says contact “authentication provider”. Who is that?
If there is ever a mass email to TMF users, I want to receive the email.

In this case the main Fool site is the “authentication provider” so if you just change your email there it will propagate to this system and you can do that here: https://www.fool.com/account/

There is no way to change my email from the link you provided. aronson@sti.net is going away as soon as this week and rfaronson@gmail.com will be my new permanent email address. How do I actually change it?

I can find my primary email, but there is no way to edit it. This is a bug.

There should be a button on that page that says edit details, try clicking that, I agree the design is confusing.

I agree, there SHOULD be. But there isn’t. There is an edit button next to the Profile Picture but not next to the email.

@Roleplayer I was referring to the page @RHinCT referred to above, you should be able to change your email address on that page.

@Roleplayer I have logged in with several accounts and clicked the link above, the button you click to change your email address is this one: 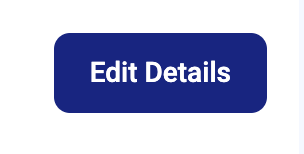 On that page there is no profile picture as you described which makes me suspect you are on the wrong page.

Thank you so much, Wayne! I’ve had the same fool send me a different link three different times, refusing to verify for themselves that that link doesn’t work.

You can give me the WRONG URL four or forty times, but it is wrong; there is no way to edit it from your link at account/settings and there is no link there that leads to the correct URL at account/email-address. If you want to be competent at your job, start believing customers instead of your incorrect script. You can go to that URL yourself and see that it doesn’t work as well, at least not on my PC; if you are using your phone, it may be different but you never told me to use my phone.

As someone who worked your job when I was the designer in charge of bridge and role playing games at The Sierra Network, and as a programmer who was taught to be a superb tester, the first rule of responding to bug reports is to believe they are happening. You violated that rule even though I asked you to check it out yourself. I once pinned a bug that had been a fatal in 18 months of Sierra Online computer games by finding it once, being told that it was unreproducible, and then spending hours reproducing it to demonstrate it to the lead system program. I found another bug that was preventing my game, “The World Series of Poker” from shipping, on an XBox 360 development station. It took me over 500 hands of poker to reproduce it, many many times longer than the five minutes to change one line of code. I consider myself an okay programmer, far from the best, but I am a great problem solver and a world class tester. Throw those skills at okay code and you get bug free okay code that works, making me a valuable programmer. But I digress.

Stop following your script on what to say. Programmers change code all the time, and the instructions don’t match the screen anymore. Google has awful problems with this, and Googling for how to (say) change an email address can be nightmarish. On BBO.com, the way to change my email address is reached through the Buy More BBO$ screen. Talk about not intuitive, but at least the BBO Community Manager told me where to find it instead of telling me four times to look in the wrong place.

I want to excel at everything I do. It has led to a national title at bridge, singing at Carnegie Hall, being a world famous D&D author, and the best group of friends anyone could have. I recently got to watch the Artemis launch from the east causeway, direct view of the rocket on the platform, because I am blessed with good friends, including many Fools. In my career (I am happily and profitably retired) I almost always found that bettering myself in my job led to raises, stock options, and all kinds of perks.

You need to better yourself in your job, TMF1138. TMF appreciates accuracy and light humor. It wasn’t your fault the web page changed but your instructions didn’t, but if you’d researched it yourself, you would have helped everybody with your job, not to mention all Fools who want to change their email addresses. You show some cleverness and humor with your TMF1138 handle. Be excellent and far more good things will happen to you than by being mediocre.

@TMF1138 - Here is a screenshot of your link. As you can see, I don’t have an “Edit Details” button. Maybe this is a Premium vs Free account setting? 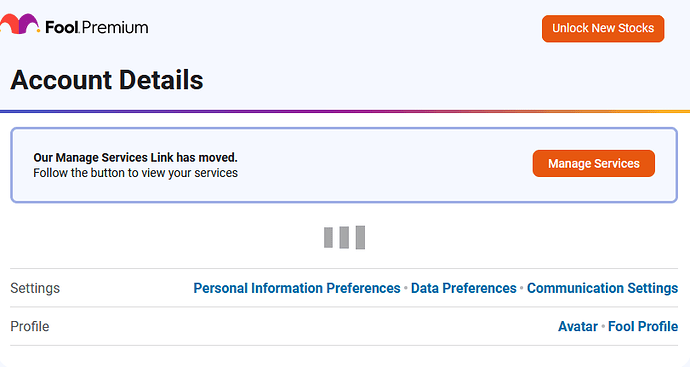 I used the direct link. I changed my email address. I continue to receive mail at my OLD email address. Speaking as a computer professional with over 40 years experience, TMF did not come close to adequately testing the new system before converting.

@Roleplayer this site is running on open source software called discourse. As I’m sure you know, things aren’t always perfect and this appears to be one of those cases. I confirmed that you successfully changed your email address on the fool.com site but it appears that the single sign-on code for the community site is not updating your email address correctly. I have reported the bug to the vendor and made it clear that it’s a high priority.