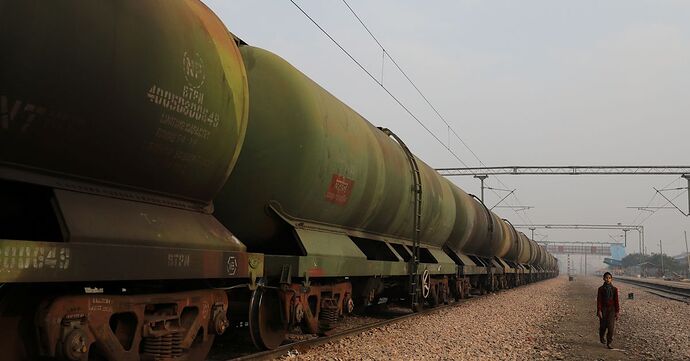 Iraq remained the top supplier while Russia overtook Saudi Arabia as the second biggest after a gap of a month, the data showed.

“The discount on Russian oil has narrowed now but when you compare its landed cost with other grades such as those from the Middle East, Russian oil turned out to be cheaper,” said a source at one of India’s state refiners. 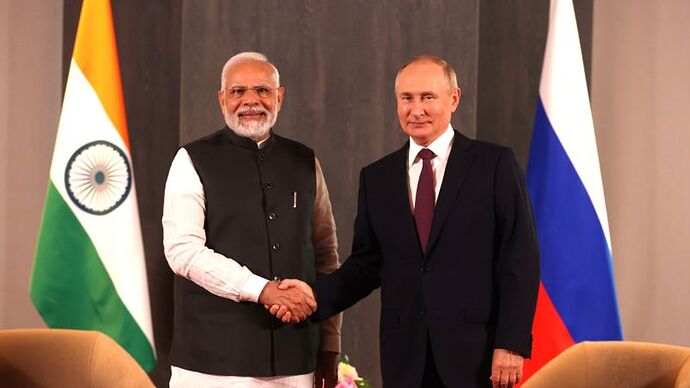 India's words are anti-war, but New Delhi's actions are propping up Putin's...

When Indian Prime Minister Narendra Modi told Vladimir Putin "today's era is not of war" last month, the West welcomed his comments as a sign the world's largest democracy was finally coming off the fence about Russia's unprovoked invasion of...

Rather than cutting economic ties with the Kremlin, India has undermined Western sanctions by increasing its purchases of Russian oil, coal and fertilizer – giving Putin a vital financial lifeline.

New Delhi has repeatedly abstained from votes condemning Russia at the United Nations – providing Moscow with a veneer of international legitimacy. And in August, India participated in Russia’s large-scale Vostok military exercises alongside China, Belarus, Mongolia and Tajikistan – where Moscow paraded its vast arsenal.

(CNN) India’s oil minister has said he has “absolutely” no moral conflict about purchasing Russian gas amid Moscow’s brutal war in Ukraine.

“Absolutely none. Absolutely none. There is no conflict,” Hardeep Singh Puri told CNN’s Becky Anderson on Monday. “We have a duty to our consumers…We have 1.34 billion population, and we have to ensure that they are supplied with energy.”

Concerning the proposed cap on Russian oil put forth by the Group of Seven (G7) wealthy nations, Puri said India will examine it and respond “according to its supreme national interest.” He added that India did not feel any pressure to do so.

India’s imports of Russian oil stood at 0.2% of total imports at the end of March, Puri said. Reuters reported that surged to a record high of 23% in September.

These reports do not embarrass.

The Western Cartel may be doing more to dictate the price of oil than we know. India wont refuse a lower price anyway.

Of course India taking Russian oil means less taken by India from other sources. But the global price is not determined by Indian demand so much. Instead setting Russian prices lower means global oil prices in general decline.