Israel and Lebanon agree to deal to pump oil 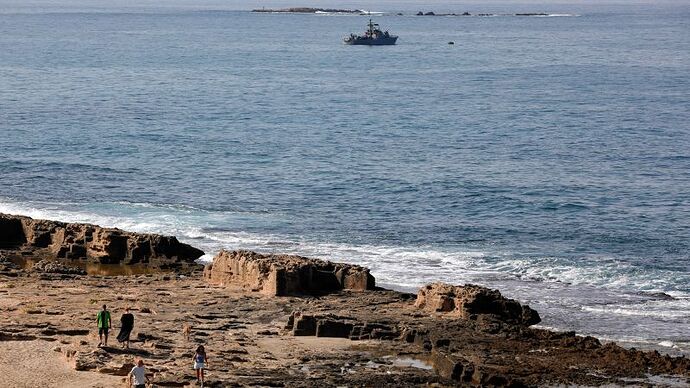 Israel and Lebanon have reached a historic agreement, leaders on each side said separately on Tuesday, settling a years-long maritime border dispute involving major oil and gas fields in the Mediterranean.

Israel and Lebanon have reached a historic agreement, leaders on each side said separately on Tuesday, settling a years-long maritime border dispute involving major oil and gas fields in the Mediterranean.

The disputed area includes the Karish oil and gas field and a region known as the Qanaa prospect, which are expected to fall into Israeli and Lebanese waters respectively under the deal. Israel has said it would begin extracting oil and gas from Karish and exporting it to Europe imminently. 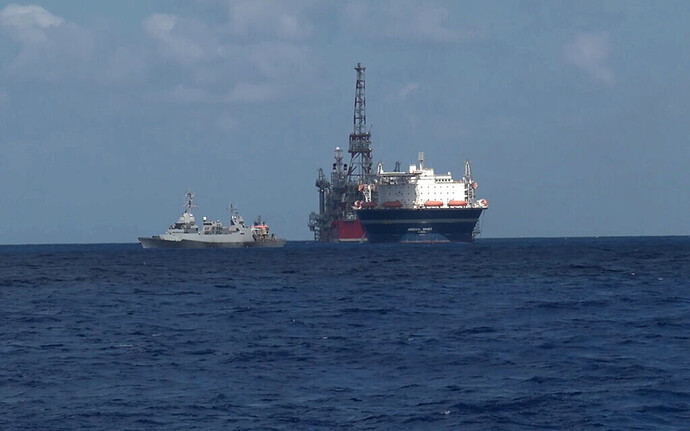 Defense minister warns of 'resolute' response to any attack as proposed maritime deal flounders; 'And if things develop into a broader conflict, we will take Lebanon apart'

The background is that both Lebanon and Hezbollah warned Israel not to exploit the fields.

As of a few days ago:

Gas drilling company Energean said Sunday that it had begun testing the pipeline of the Karish gas rig despite heightened tensions with Lebanon over the site as the sides continue to struggle to reach a maritime border deal.

“Energean is pleased to confirm an important step in the commissioning process of the FPSO Energean Power. Following approval received from Israeli Ministry of Energy to start certain testing procedures, the flow of gas from onshore to the FPSO has commenced,” Energean said

Hebrew media reports Saturday said Israel’s security establishment had also given the company the green light to start its tests and full operations could begin within weeks once tests are completed.

The Karish gas field has been at the center of the conflict with Lebanon over gas drilling rights, with terrorist group Hezbollah repeatedly warning it could attack if gas extraction begins without an agreement being reached over drilling rights.

Defense Minister Benny Gantz said Saturday that Israel would move ahead with extraction plans even if no deal is reached and warned Hezbollah that any attack would meet a “resolute” response.

“If Hezbollah makes that mistake and attacks Israel in any way — by air, sea or land — Israel will defend itself resolutely, it will attack resolutely, and if things develop into a broader conflict, we will take Lebanon apart, and that would be a great pity,” he told Channel 12.

He said he hoped a deal would be signed soon, but acknowledged that Lebanon had issued fresh “caveats we do not approve of.”

So how much gas can Israel and Lebanon replace of the gas lost from Russia, and how soon? The EU hangs in the balance.

Cheers
Qazulight (Not that I have a problem with that, an inexpensive castle might be interesting. I could be a lord. I would be called Sir Scowlalot)

Lord Scowlalot, I say, have you seen the good news.