Motley Fool Piece on $TSLA:Tesla Causes Used Car Prices to Plunge -- What You Need to Know 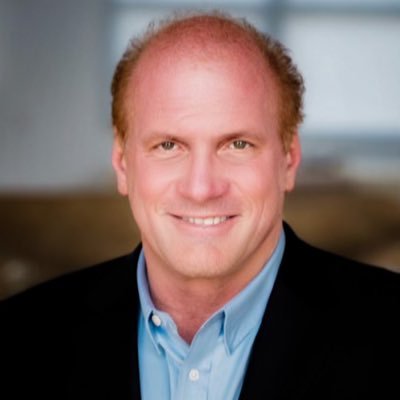 @garyblack00
What’s the biggest risk for $TSLA stock next 12-18 months?

Here’s what doesn’t surprise me:

No poll response for Musk selling more shares . . . again . . . after telling everyone he’s done selling. I’ve got Chemo Brain short attention spans and I can recall the uproar of Musk selling shares since Sep. of last year. (Musk’s brother, who married one of Epstein’s “picks.” (never believe any story where Musk claims Maxwell photo bombed him at a shindig) truly nailed the top with his big sale of shares.)

No acknowledgment that competition is eating into Tesla’s last hot Model, the Y, while older models need refreshing and have dropped from the Top 50 EVs sold in EU (talking S and X, and now the same is happening with the 3) and that all four brands have grone stale. Not paying attention to redesigns on yearly basis means less to look forward to. Your 2017 Model S looks like the 2020 Model S, knock on panel gaps.

Crazy polls like this show Tesla’s bloat is being blamed on the Economy, when just a year ago, Musk was promising 50% revenue growth to infinity, or at least until Mars is colonized, which will happen in our lifetimes, amIright?

No alert people picking up on this “analyst,” Gary Black, who is supposedly some kind of hedge fund genius whose air biscuits are quoted by thousands of fanbois as “proof” Tesla is going to the moon on Twitter.

Except wouldn’t a genius running a hedge fund have more AUM than this guy running pumps for Musk Central? 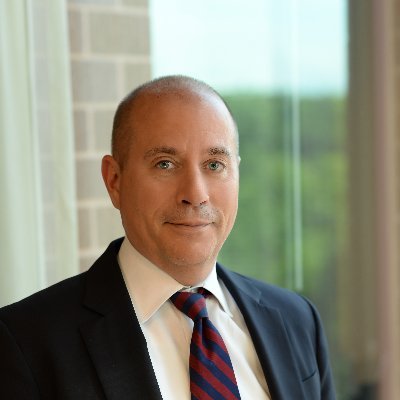 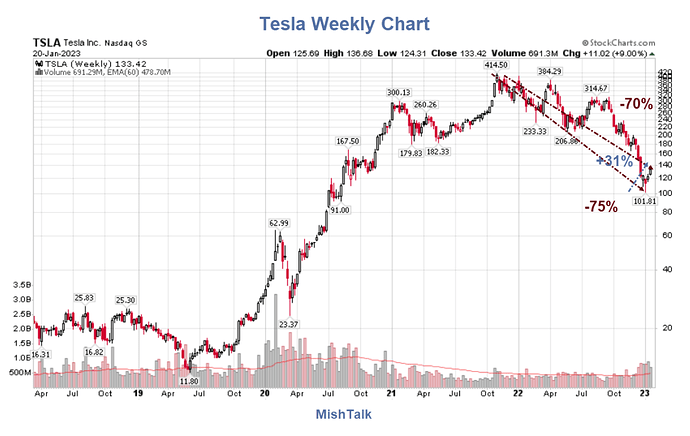 How Not to Buy the Dip in Tesla (or Anything Else)

Abhas Gupta, a 41-year-old entrepreneur in Irvine, Calif., said he moved his whole equity portfolio into Tesla shares in 2018, enamored by its electric cars and promise of disruptive innovation. Last year, he lost his entire seven-figure retirement fund after taking out margin loans and using options to turbocharge his bets on Tesla, he said. Still, he said he is far from calling it quits.

“I basically burned a lifetime’s worth of wealth, but none of this has shaken my confidence in the company. There is just no company even remotely close to Tesla on innovation,” Mr. Gupta said. 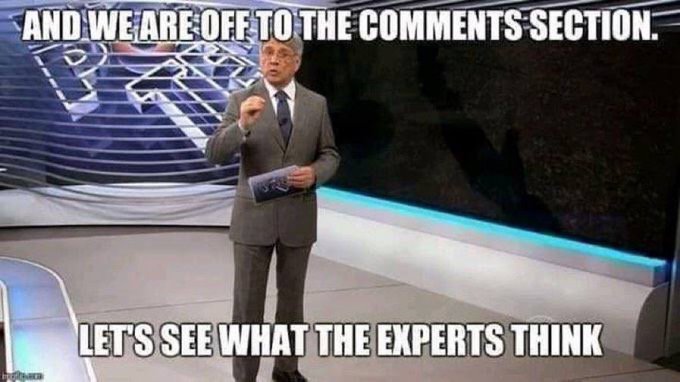 It’s fun watching Mish begin following the insanity of fanbois who are All Musk All The Time junkies. You try to find other news on Twitter, and now that Twitter is a smoldering ruin for outside media, you take what you can get for entertainment. Watching Mish become “woke” to the craziest bunch of cheerleading investors is like watching Mish first become aware of the Housing Crisis on the old Misheldo Board, while dozens of former posters argued he was nuts.

Remember that guy Dave the mortgage broker? When Bear Stearns crashed, he was in denial. Then Lehman. Then AIG. Eventually, everything Mish warned about came to be and it was like all the Realtors and Mortgage Brokers on Fool slowly slipped out the backdoor.

Mish and I have different politics, but I still respect his radar for the madness of crowds. 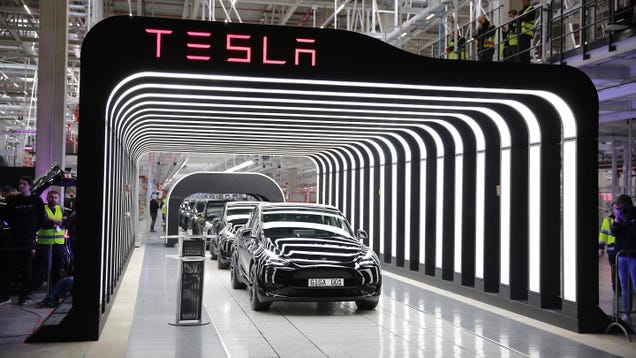 There’s a reason why Tesla has been able to drastically cut its vehicle prices across the board without breaking a sweat. The automaker reportedly earns more money per vehicle than literally all of its rivals. Now, Reuters reports that Tesla is using... 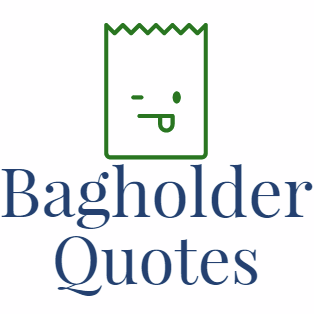 @BagholderQuotes
“I basically burned a lifetime’s worth of wealth, but none of this has shaken my confidence in the company. There is just no company even remotely close to Tesla on innovation.” $TSLA https://t.co/IV3zTSgC9C
pauleckler January 24, 2023, 5:55pm 24

Tesla has brand new plants and growing volumes. He is way ahead of competitors like Rivian in terms of efficiencies and overhead. Traditional auto companies have old inefficient plants and need to retool for electrics. They also have unions to deal with and potentially large severance costs.

The industry predicts a price war in EVs. Low cost producer calls the tune. In the US thats Tesla. China could be a challenge. We shalk see.