OT? Algorithmic War and what comes next

While there’s a thread here on MeTAR abut slouching towards WW3, there’s also this, a report saying that this war is unlike any other in the use of algorithmic and high tech weaponry, even if it’s not being reported as such. (I remember the amazement during the first Gulf War abut precision munitions, vast tank armies being guided through the desert, hydrofoil ships for landing on beaches… This is, well, something:)\

Tenacity, will and harnessing the latest technology give the Ukrainians a decisive advantage,” Gen. Mark A. Milley, chairman of the Joint Chiefs of Staff, told me last week. “We are witnessing the ways wars will be fought, and won, for years to come.”

I think Milley is right about the transformational effect of technology on the Ukraine battlefield. And for me, here’s the bottom line: With these systems aiding brave Ukrainian troops, the Russians probably cannot win this war.

“The power of advanced algorithmic warfare systems is now so great that it equates to having tactical nuclear weapons against an adversary with only conventional ones,” explains Alex Karp, chief executive of Palantir, in an email message. “The general public tends to underestimate this. Our adversaries no longer do.” 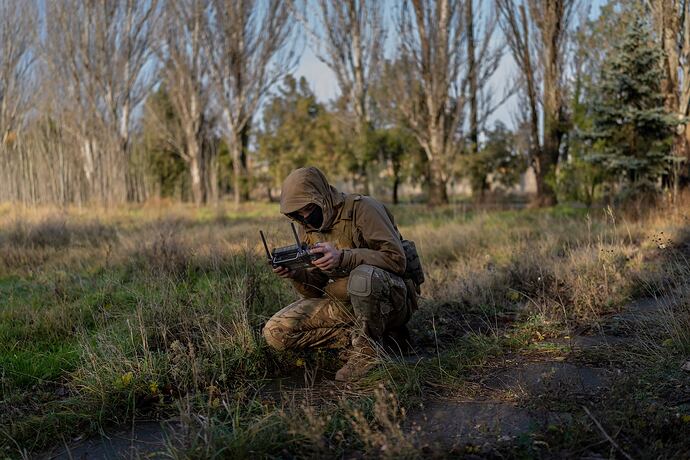 Opinion | How the algorithm tipped the balance in Ukraine

In their heroic fight against the Russian invasion, Ukrainians have been bolstered by data tools that are revolutionizing war.

@Goofyhoofy - Unfortunately, this is behind a paywall so - no see…

I’d be interested gaining a more in depth understanding of what is defined as algorithmic warfare systems. I spent my career in analytics, and wanted to know if this is somehow wrapped up in that. Seeing you cited the CEO of Palantir, I should go over and take a look-see at what they are selling as snake oil to the generals over at the Pentagon.

Unfortunately, this is behind a paywall so - no see…

Thanks for the link @Raylight

Reading this informative article, it’s a bit difficult to pin down what is already implemented (mashup of map and commercially available data via overlays deployed using StarLink) and what might still be “vaporware”.

Some elements of the article sounded like they were more “forward looking” as opposed to “USA certified and currently implemented”. This was primarily a piece about Palantir software capabilities and the CEO who is always happy to show what the capabilities “Could be”. I have experience with selling software into the Federal Government (not even the Pentagon - which must be ?x more difficult) and it’s not an easy proposition.

I wonder what is actually running in real time at a scope that makes a significant difference. Of course, I get that the Russian Army doesn’t possess technology anywhere close to this “integration platform”. I’m sure it’ll be great once we throw a few more Billions in Alex Carp’s direction.

Palantir Technologies is a public American software company that specializes in big data analytics. Headquartered in Denver, Colorado, it was founded by Peter Thiel, Nathan Gettings, Joe Lonsdale, Stephen Cohen, and Alex Karp in 2003. The company's name is derived from The Lord of the Rings where the magical palantíri were "seeing-stones," described as indestructible balls of crystal used for communication and to see events in other parts of the world. The company is known for three projects in ...

Thanks again for the link!
'38Packard 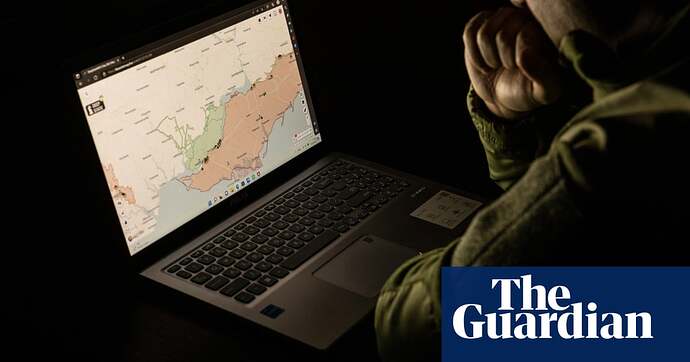 Reading this informative article, it’s a bit difficult to pin down what is already implemented (mashup of map and commercially available data via overlays deployed using StarLink) and what might still be “vaporware”.

There is a Part 2 (tomorrow, presumably), perhaps that will answer your other questions. Even if it doesn’t, this is a pretty good descriptor of disparate parts put together (on the fly) which is providing Ukraine a significant advantage.

(Is it enough to say “Russia cannot win”? No, I’m not convinced of that, but it is an informed look at what a lot of people (I’m sure) think is a rag tag bunch of Ukrainians running around with rifles and shouting “Down With Putin”. OK, exaggeration, but there is little thought about how sophisticated the Ukrainian effort might be.

Russia, as much as we may laugh, is not some tiny fiefdom somewhere. They took on the ferocious Germans a couple generations ago, they lasted over a decade in Afghanistan (as did we, with the same basic result). They can be formidable, and the fact that Ukraine is holding its own, no, doing better than holding its own is a marvel. This article helps explain a part of it which many probably haven’t thought about.

{One thing: Musk could have been a hero here providing Starlink to “the poor Ukrainians” instead of being the goat with his terrible management of Twitter. He’s done the former, and all anybody is writing about is the latter.}

Anyway, I thought it interesting and wanted to pass it on. I’m glad somebody found a link.

I wonder what is actually running in real time at a scope that makes a significant difference.

War is the mutual escalation of offense and defense. WWII showed the power of data, the breaking of the German and Japanese codes, the technology at Bletchley Park, and Alan Turing’s software. SpyEye In the Skye combined with communication and intelligent munitions is powerful indeed. Maybe one of the great advantages is that instead of mass destruction you can cut off the head of the snake, logistics, ammo dumps, fuel depots, bridges, headquarters. That’s what Ukraine has been doing.

uTube on Android has been showing fewer Ukraine war clips lately. I wonder why…

One thing: Musk could have been a hero here providing Starlink to “the poor Ukrainians” instead of being the goat with his terrible management of Twitter.

Why you are feeling so much pain? Because Musk has been brilliant at Twitter.

Why you are feeling so much pain? Because Musk has been brilliant at Twitter.

Has he? Serious question. I mean, the users just voted him off the island. In the Twitterverse, there are a small number of users with large numbers of followers (Elon Musk is one of those). I use Twitter the way most people do: I don’t Tweet, but find it valuable to follow experts in topics I’m interested in, like COVID, Ukraine War, crypto experts, etc. For the latter two, there has been a migration to Mastodon. It doesn’t seem he is keeping his power users happy, and they are in fact the product.

Has he? Serious question.

I mean, the users just voted him off the island.

I said it before and I’ll say it again, as a Tesla shareholder I would prefer that he stick to business, as a citizen* I’m glad he is cleaning up Twitter and releasing all the Twitter Files for the whole world to see what has been happening at the Town Square.

Have you noticed some Fools trying to silence me? What scares them?

PS: In a private company the CEO position is just a figurehead, the owner has the power.

Behind pay wall. Jeff has enough money already and I don’t share his politics.

The WaPo owns NewsWeak., I cancelled my subscription some 40 or 50 years ago. I wrote a letter to the editir and they edited so as to say the exact opposite.

Have you noticed some Fools trying to silence me? What scares them?

Curious. First, what exactly did Twitter do that seems to get the conservatives all riled up?

Second, I’ve not seen anyone try to silence you. What they have done is expose the silliness and outright falsehoods in some of your opinions. And that is very different.

And what scares me? Widespread disinformation.

Perhaps you could sell up any Tesla shares you might have and buy TMF outright to ensure you can say whatever you like.

You can’t possibly believe this. He is cleaning up Twitter? Is standup one of your hobbies?

One of the key take-aways from this war include:

My conclusion is that the US military depends too heavily on concentrated-asset major weapon systems which are vulnerable to attack by large numbers of inexpensive weapon systems.

The Ukraine conflict is a valid test-bench for new weapons and tactics, but only if our military leadership is willing to adjust their future military thinking and procurement based on the pragmatic results.

You can’t possibly believe this.

I don’t just believe it, the evidence confirms it.

Just as a general point:

You have freedom of speech in a general sense but you don’t have the right to make any online forum/community you choose into a personal pulpit for every conspiracy theory you want to share on any topic.

TMF is run by a private company; and this is a community, not an audience; boards operate by consensus according to themes and the things you are posting are wildly off-theme and frankly distasteful.

If you go to a funeral and start yelling about your favourite flavours of ice cream, you will be asked to stop. This is not censorship, it’s a matter of common sense. Accepting this is essential to being welcome in human society. This board has a theme, less funereal, and it’s not ‘conspiracy theories’.

You are free to speak about whatever you want, you’re just not free to do it wherever you like. Do it somewhere else please.

When you feel ready to talk about Macro Economic Trends, I’m ready to listen to you.

When you feel ready to talk about Macro Economic Trends, I’m ready to listen to you.

Based on what you wrote further up, I’m NOT ready to listen to you.