Rivian EV pickup truck are on the road

In rural south central Indiana on a small county road, I met an R1T when I was coming home today. I was shocked! Sorry about the bad pun.

Were you standing in a puddle?

filler text to get to the 20 character requirement.

Fairly common where I live, less than 10 miles from Rivian’s engineering HQ. I have seen several Rivian pickups, and one SUV. 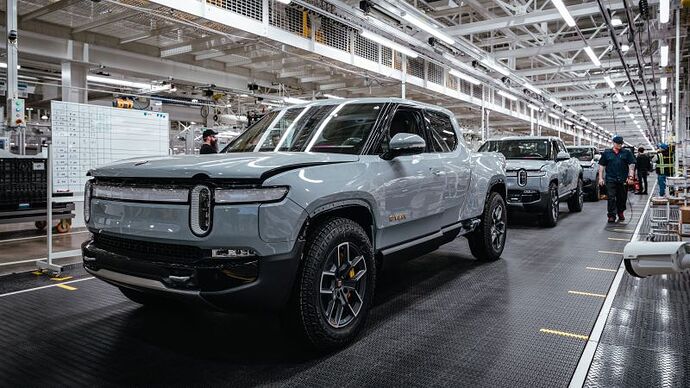 Rivian, the Irvine, California-based electric vehicle company, is recalling nearly all the vehicles it has produced to tighten a loose fastener in the vehicles' front suspension. The recall involves 12,212 electric pickups, vans and SUVs, according...

Apparently you need a loose nut to buy one.

I saw one in St Louis county last month. Only a few thousand Rivians produced, but they are around.

Yep, already have encountered a few on the road, even one up in the Los Padres National Forest north of Los Angeles. I live in a hilly neighborhood and apparently one of my neighbors also has one and needed to take advantage of his high torque to blow past everyone lugging up a rather long and steep hill. Hopefully his suspension bolt stays tight lol