Russia’s decision to mobilize 300,000 has created some instant “tourists”. The countries which border Russia are variously supportive and concerned. It makes them nervous for two reasons. The first is that it provides an excuse for Russia to pressure them into returning the draft dodgers. The second is the possibility that Russia is covertly slipping forces across their borders disguised as draft dodgers for some future nefarious purpose. 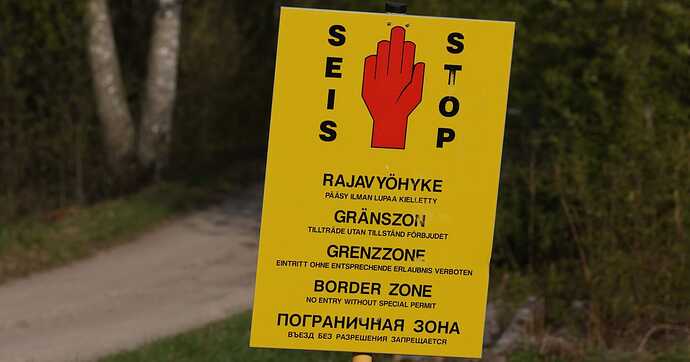 In a report, the Finnish Border Guard recommended a physical barrier be built on part of the country’s border with Russia due to “recent changes in the security environment,” local media reported Monday.

Finland has seen a massive uptick in Russians legally crossing the border over the past days, with conscription-aged men seeking to avoid Russian President Vladimir Putin’s “partial” mobilization announced last Wednesday in response to his faltering war on Ukraine. Some 17,000 Russians crossed the border into Finland last weekend, 80 percent more than the previous one, Reuters reported. 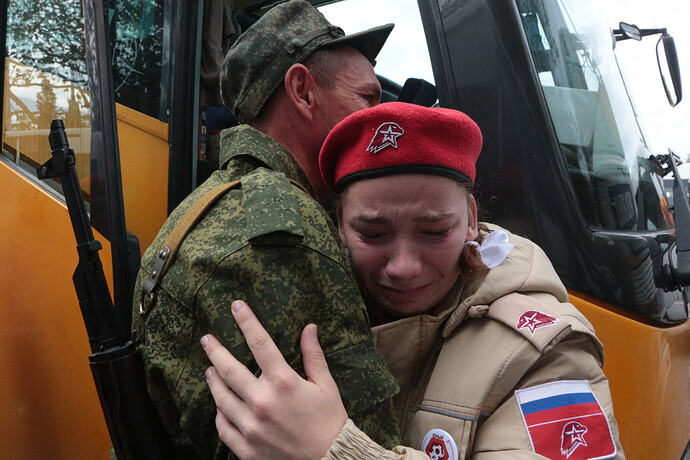 The Latvian government said the state of emergency has been imposed "due to the mobilization announced in Russia."

Latvia declared a state of emergency near its border with Russia on Wednesday, days after Russian President Vladimir Putin declared the mobilization of 300,000 men.

The Latvian government announced the news on its website, saying that it will affect the regions of the country bordering Russia’s Pskov region, as well as airports, border crossing points, ports and railways through December 27.

It comes amid a growing exodus of Russians fleeing the country following Putin’s partial mobilization order, which he announced on September 21. Many citizens have attempted to flee the country by car, train and plane to Russia’s neighboring nations.

The Latvian government said the state of emergency has been imposed “due to the mobilization announced in Russia.”

“With the mobilization announced in Russia, the number of Russian citizens wishing to leave their country has increased significantly. Thus, there is a risk of a rapid increase in the number of illegal migrants on the Latvian-Russian border as well,” the Latvian government said.

“The purpose of emergency measures is to pre-emptively prepare for it,” the statement said, emphasizing that currently, the situation at the border is “stable, calm and under strict control.”

The state of emergency will remain in effect for three months in Latvia’s Aluksne, Balvi and Ludza regions. Latvia will also close its Pededze border crossing “to carry out increased border surveillance and border checks of Russian citizens.” 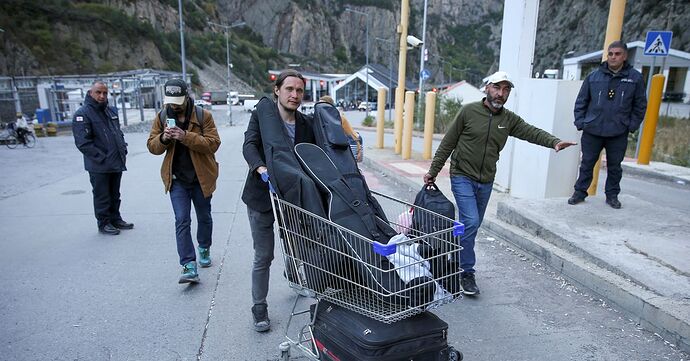 Russia's North Ossetia republic on Wednesday imposed restrictions on cars arriving from other parts of the country as an exodus of military-age men led to a queue of over 3,000 vehicles at the region's Verkhny Lars crossing point into Georgia.

It is not lost on the Georgian government that Russia annexed the South Ossetia region at Georgia’s expense in a move reminiscent of what they are attempting to do iin Ukraine.

Russia’s North Ossetia republic on Wednesday imposed restrictions on cars arriving from other parts of the country as an exodus of military-age men led to a queue of over 3,000 vehicles at the region’s Verkhny Lars crossing point into Georgia.

North Ossetia Governor Sergei Menyailo said the ban was being introduced after 20,000 people crossed the border in two days, with far more remaining in line.

“We will not be physically able to ensure order and security if this flow continues to grow,” he said on Telegram.

Tens of thousands of draft-age men have made to leave Russia since President Vladimir Putin announced a martial mobilization last week to bolster his army in Ukraine. Georgia, which allows Russians to stay without a visa for a year, has been one of the most popular destinations.

There are no direct flights between Russia and Georgia, and Verkhny Lars, which straddles a remote mountain pass, is the only operational crossing point between them.

North Ossetian authorities on Tuesday announced the creation of a temporary draft office at Verkhny Lars which would issue draft papers to reservists barred from leaving Russia under the mobilization order. 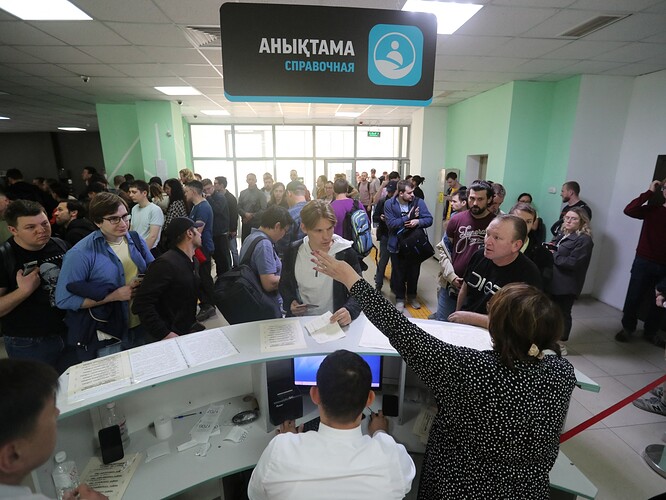 Moscow’s traditional allies in Central Asia are quietly making moves that are likely to upset the Russian leader.

The Kazakh president began his speech with a proverb.

“Good ties with neighbors guarantee safety,” Kassym-Jomart Tokayev, a former foreign minister known for his negotiating skills, said on Tuesday. Tokayev instructed his government to help tens of thousands of Russian men that flooded his nation because of the chaotic and massive partial military mobilisation for the war in Ukraine.

“Most of them have to leave because of the hopeless situation. We have to take care of them and secure their safety,” Tokayev said.

On Monday, Kazakhstan’s foreign ministry said it would not recognize the “referendums” in occupied Ukrainian regions that paved the way for their annexation by Moscow.

Two-thirds of the 100,000 newcomers (to Kazakhstan) have already left, and only about 8,000 received a taxpayer’s code necessary for opening a bank account or getting a temporary residence permit, the Orda.kz website reported, quoting Ministry of Internal Affairs data.

Some flee to Uzbekistan, Central Asia’s most populous nation that lies south of Kazakhstan but, when it comes to challenging or contradicting Putin, Uzbek authorities have been much more cautious than the Kazakhs.

Uzbek President Shavkat Mirziyoyev has neither supported nor denounced the war. He fired Abdulaziz Komilov, his foreign minister who in March said that Tashkent does not recognize the separatist statelets.

Uzbekistan’s silence may have been caused by the fear that [Russia may expel] the at least two million Uzbek labor migrants working in the country.

Like Tashkent, their governments have not supported the war – but have never criticised it.

And their cities have also seen a steady stream of draft dodgers.

Kyrgyz migration officials have not reported the number of Russians who entered their nation after September 21, but a Welcome to Kyrgyzstan Telegram group for them has swelled and boasts thousands of members.

So for the first time in its history, Central Asia is hosting many opposition-minded Russian nationals.

But it is hard to predict how their presence will change the balance of power between the region and Russia, but in the long term, they are a burden, because it is unclear how these people can adapt, can find jobs without becoming dependent.