American semis have the motor under the hood making the vehicles longer with less visibility.

European semis have the motor under the driver making the vehicles shorter, with better visibility and tighter turning radius, but less comfortable for the driver.

Tesla combines both with a frunk to store stuff, stand-up space in the cabin, and lower drag coefficient. 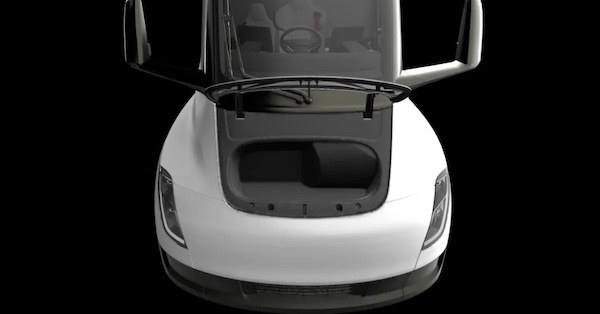 “Cab-over” trucks have been a thing in the US for decades, usually instigated by “big gummit” imposed length limits for the overall vehicle. Other factors sometimes intervene, such as loading dock space, to require a shorter truck.

Here is a pic of my grandfather, at the grand opening of the new terminal for the line he worked for, with a very tidy little cab-over cornbinder, around 1960. 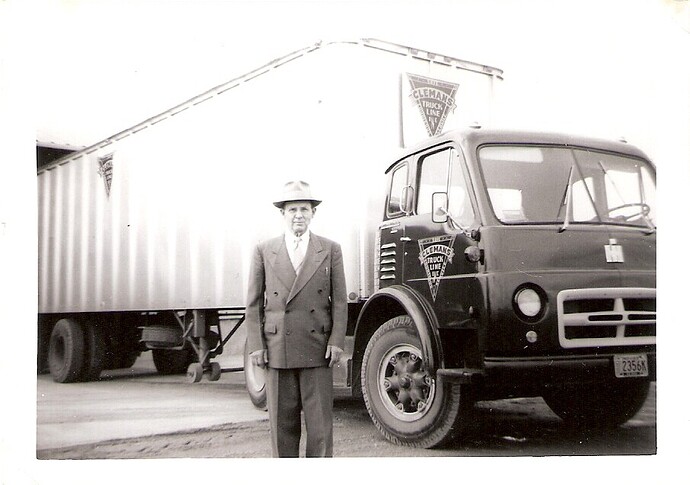 Here’s a good explanation of the differences between trucks in Europe and the US.

Nice pic Steve! Thanks for posting it!

You can see that diesel fuel was cheap back then because they didn’t install the airflow diverter on top of the cab to reach the top of the trailer to reduce drag and make it more efficient.

The air flow fairings on semis weren’t a thing until the fist “gas crisis” in the mid 70s.

Nice pic Steve! Thanks for posting it!

That’s the man I mention from time to time. Formal education ended at 6th grade. Learned a lot in the school of life. Met discrimination when he interviewed for a job at Boeing, in the immediate aftermath of WWI, when US government propaganda had been saying Germans were the worst people on earth. Gramps was born here, but still had a German last name, which the personnel man at Boeing commented on. He was a welder at the Bremerton Navy Yard in WWI. Mechanic at car dealerships and independent garages through the 20s and early 30s, which didn’t pay diddly. Finally got on top of things financially when he went to work for a truck line and joined the Teamsters.

Here’s another pic of him. He’s the one on the right in the white shirt. 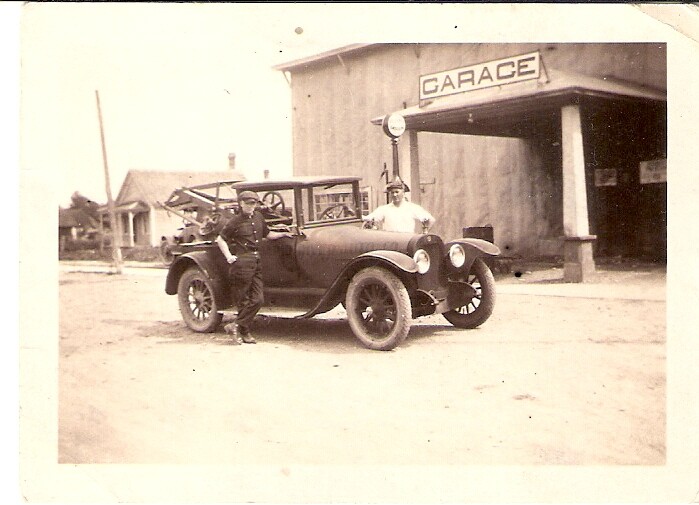