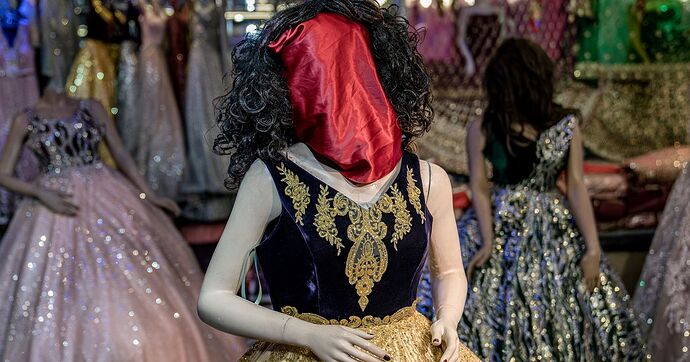 Chilling: Even Kabul's Female Mannequins Are Masked, Hooded Under Taliban

“When I see them, I feel that these mannequins are also captured and trapped, and I get a sense of fear,” said a woman shopper.

KABUL, Afghanistan (AP) — Under the Taliban, the mannequins in women’s dress shops across the Afghan capital of Kabul are a haunting sight, their heads cloaked in cloth sacks or wrapped in black plastic bags.

The hooded mannequins are one symbol of the Taliban’s puritanical rule over Afghanistan. But in a way, they are also a small show of resistance and creativity by Kabul’s dress merchants.

Initially, the Taliban wanted the mannequins to be outright beheaded.

And now they have a way to recruit . . . on Twitter. Musk continues his attack on Democracies around the world.

Raygun’s and Cheetolini’s fave players in Afghanistan are on the march in the “Town Square” which Musk owns. Sell those $8.00 checkmarks, Ewon, and maybe soon your remaining Twitter employees might see clean bathrooms and not have to bring toilet paper from home. The Taliban have started using Twitter’s paid-for verification feature, meaning some now have blue ticks on their accounts. Previously, the blue tick indicated “active, notable, and authentic accounts of public interest” verified b… 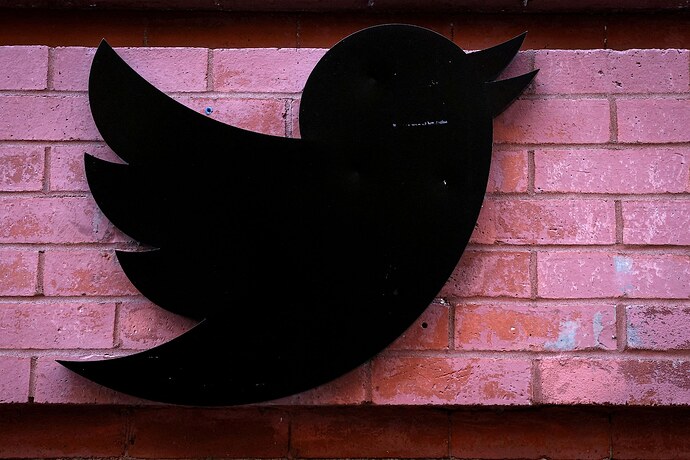 More than 75 percent of the company’s 280 million daily users live outside North America. The cuts in Twitter's moderation efforts have hit them hardest.

Musk also welcomed back thousands of banned accounts, including many suspended for promoting hate or violence, even as he has personally has tweeted misinformation and interacted with far-right accounts. Sensing an opportunity, if not a welcome, political operatives and attention-seeking profiteers have rushed to fill the vacuum that the drop in moderation efforts has left, employees said.

That has changed the tenor of the site in its No. 2 market, Japan, where nearly 59 million are estimated to use the site, and made it more fraught in India (nearly 24 million users) and Brazil (nearly 20 million), the third and fourth largest markets, according to current and former staff and researchers. Musk cut virtually all staff in Brazil, allowing an unmoderated surge in misinformation that helped fuel this month’s attacks on the country’s government center.

Even in the better-moderated English-speaking world, the tone of Twitter has become rougher, say those tasked with monitoring the site. Australia’s eSafety commissioner, Julie Inman Grant, who worked at Twitter from 2014 to 2016, told The Washington Post that the platform had already been like a “sewer” in her country before Musk let some of the worst users back on.

their heads cloaked in cloth sacks or wrapped in black plastic bags.

But they don’t have arm hijabs!

Ain’t that the truth, Steve? Somebody is missing out on that market.