Transatalantic trade war in the making over US green subsidies

A brewing transatlantic trade spat over the United States’ Inflation Reduction Act (IRA), which provides hefty subsidies for people to buy homegrown cars, is overshadowing one of the core efforts to reset the relationship between Brussels and Washington in the post-[…] era. That’s the view of more than a dozen officials with direct knowledge of those discussions, who spoke about the tensions on the condition of anonymity because the matter is sensitive. …

Yet when these officials meet in Washington on December 5, their talks are likely to be hampered by disagreements over American subsidies for electric car production. The U.S. says the subsidies are needed to jumpstart the economy; Brussels says they amount to unfair protectionism. 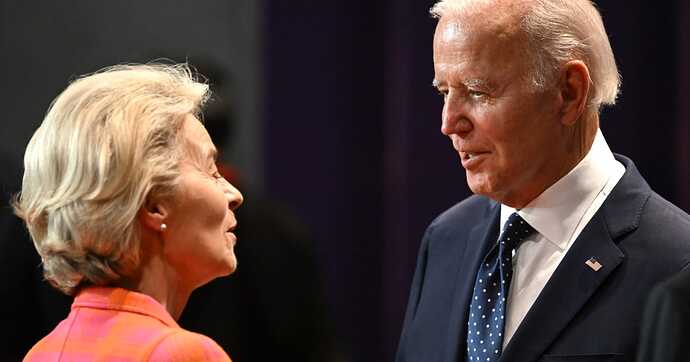 A dispute over Washington’s subsidies for electric cars is likely to mire efforts to reset the transatlantic relationship.

This is a mixed point. The reason the EU might be offended the most countries like Norway loved Teslas and bought them. Now everyone is jumping in the game.

The bigger question is will the EU offer subsidies on EU manufactured EV?

I’d prefer to see that solution.

Then as these companies make EV the main market instead of ICE the subsidies could be reduced or eliminated. It is foolish not subsidize EV. It is hard politically to subsidies EV not made at home. China wants its 400 EV makers to get the subsidies as well, quite sure of that.