Truss, I have zero confidence or trust in her

Forgetting Truss’s motives, forgetting what the wealthy perceive they could get, forgetting the bigots that wanted Brexit…there is a point where only so much ignorance can be put up with by the markets and the public when the economy of the UK is imploded out of sheer ignorance.

Deal Book Column by Andrew Ross Sorkin, this does not have a link to an email column.

"The government isn’t backing down. Liz Truss, the prime minister, told lawmakers yesterday that she wouldn’t reduce public spending, despite independent projections showing her tax cut proposals would blow a hole of up to £60 billion ($66.8 billion) in the government’s budget.

Truss will keep dismissing her critics. The new prime minister appears to have backed down from her campaign pledge to review the Bank of England’s independence mandate. But that won’t stop the feuding, even as economists say her fiscal plans are effectively forcing the central bank to keep raising interest rates — and as she faces a growing rebellion within her own party.

The infighting is exactly the sort of thing that investors have indicated they don’t want to hear." 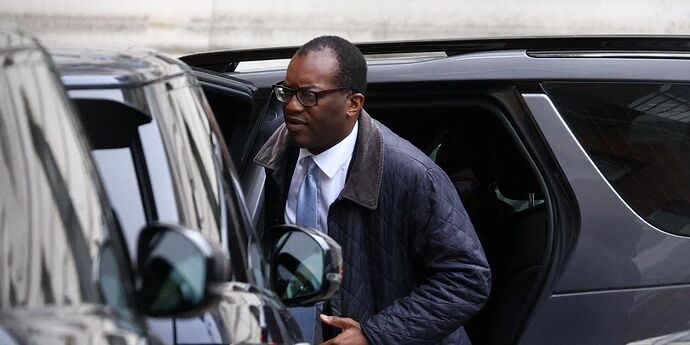 She had zero clue what she is doing. It had to be completely hammered into Truss just how out of place she is. Removal is the best option. The UK public needs a much more honest explanation of what is happening.

Prime Minister Liz Truss vowed to raise the country’s corporate tax rate, reversing a plan that had been outlined in a set of measures that her government proposed last month. She also fired Kwasi Kwarteng, her finance minister.

One of my UK cronies sent this early this morning … As Liz Truss’s nascent premiership lurches from one self-inflicted crisis to the next, rewind for a moment to this question put by Kay Burley to the wannabe PM during the Tory leadership race. It rang true back then, but now it’s bonging like Big...

We listened to a BBC Radio 4 interview with Kwarteng just a few days after he was installed as Chancellor and the interviewer listed a similar rap sheet of his about-faces on various aspects of policy.