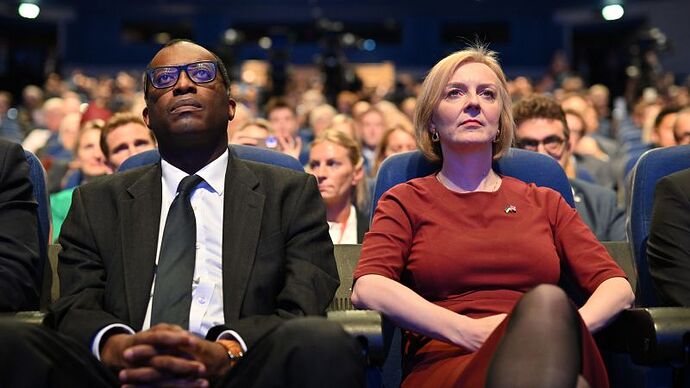 UK finance minister Kwasi Kwarteng was fired on Friday morning, a senior source inside Downing Street confirmed to CNN. PM Liz Truss will hold a news conference as she seeks to calm market turmoil and mutinous lawmakers in her own party. Follow live

Liz Truss will face the media at a news conference at 2:30 p.m. (9:30 a.m. ET), Downing Street has confirmed, after she fired Kwasi Kwarteng as her Chancellor.

“This is important [given] the politics, but it doesn’t solve the economic question,” Bean told CNN.

Prime Minister Liz Truss must now unveil a new economic package that credibly includes a plan to tackle government debt over the next three to five years, he continued.

Otherwise, the British pound and UK government bonds could experience another selloff. “What the markets want to see is a coherent picture, how it all fits together,” Bean said.

“In the absence of that, you’re going to see sterling and gilts coming under pressure again.” The pound and bonds have regained ground in recent days in anticipation of a government U-turn.

So this places the blame on the messenger and allows the potential of the government to make a policy U-turn, but they have painted themself into a corner and it would mean capitulation of their entire financial policy.

Things might get messier before they get clearer and it is likely that more heads will roll. This is the sort of crisis which causes governments to all and this one has held the reins for such a short time that the moving vans are probably still unloading at No. 10 Downing Street.

Jeremy Hunt, a veteran of previous Conservative governments and a supporter of Liz Truss’s opponent during the summer leadership contest, will be Britain’s new chancellor.

Hunt becomes the UK’s fourth finance minister in as many months, after Kwasi Kwarteng was sacked Friday 38 days into the post amid the economic fallout over his mini-budget.

Hunt, a former health secretary, backed Rishi Sunak after his own bid for the Tory leadership failed.

Truss has announced a corporate tax hike. That piece of the puzzle she is getting correct. It has taken a massive economic fall out and a hell of a lot of jawboning for her to get a clue what to do.

Incompetency starts at the top and more often than not is papered over.