War in Ukraine Likely to Speed, Not Slow, Shift to Clean Energy

If I misquoted anyone or used the wrong avatar, blame it on the crappiest user interface since WinDoze.

The energy crisis sparked by Russia’s invasion of Ukraine is likely to speed up rather than slow down the global transition away from fossil fuels and toward cleaner technologies like wind, solar and electric vehicles, the world’s leading energy agency said Thursday.

This is fantasy. If I was in a war zone or under threat of a war zone and where large groups of people are homeless, hungry, desperate for food, shelter and clothing and clean water, my focus would be on any kind of fuel to burn for heat and cooking and cars/trucks/military vehicles. You have to have freedom first before all this clean energy makes it. I don’t see it ever happening frankly.

This thread is about the long term while your objection is about the short term. I remember as a kid in Budapest during WWII people scavenging wood from bombed out buildings. It was ‘illegal’ but who the hell cared?

Yes, renewables are coming and the sooner the better but not before they are viable. That’s the lesson Germany (not Russia) has taught the world, Russia just took advantage of unrealistic German Green policies.

Substitution due to lower cost of energy from fossil fuels comes from climate change denial. If storm damage and drought is an indicator of things to come, the cost of climate change will be huge. That should be included in those calculations.

Government might included those calculations but private buyers, individual and corporate, will look out for their own interests.

I think the focus here is on people NOT in the war zone. Because of the disruptions caused by the war, people outside the war area are seeing some added incentives to change the source of the energy they use.

Human beings are going to extract every molecule of energy they can - in the long run. Nobody is going to sit around and freeze to death “to save the planet.” If we run everything from solar or wind or water or whatever, there are still going to be societies which use carbon energy from other sources, and that will be forever, especially and including after wars and other destructions which render newfangled energy production useless

I got to hand it to Goofy, sometime he gets it absolutely right!

You are still missing the original point. Dependence on Russian oil and gas is causing the freezing.

While selling insurance we were taught that it’s not the proximate cause but the original cause that determines the liability. Russia took advantage of a German mistake. Insurance would put the onus on the German Green policies.

Recently, Putin, Nicolás Maduro (ask @captainccs for his thoughts on that guy) the murderous dictator Mohammed bin Salman along with a host of other unsavory characters decided to put the screws to the United States and the rest of the world by colluding to keep oil prices high. Every time you fill up at the pump those extra high prices are helping Putin buy missiles from Iran.

True! But a word in defense of OPEC, the original OPEC.

OPEC was envisioned by a Venezuelan politician, member of a Socialist but Democratic party, to curb the abusive power of the oil companies. His solution was to create a cartel to regulate the output of oil. Years earlier it was John D. Rockefeller who was doing that job. The Trust Busters broke up Standard Oil and in the ensuing turmoil they had to bring back order to the oil market. The job was given to The Railroad Commission of Texas – America’s OPEC:

The Railroad Commission of Texas 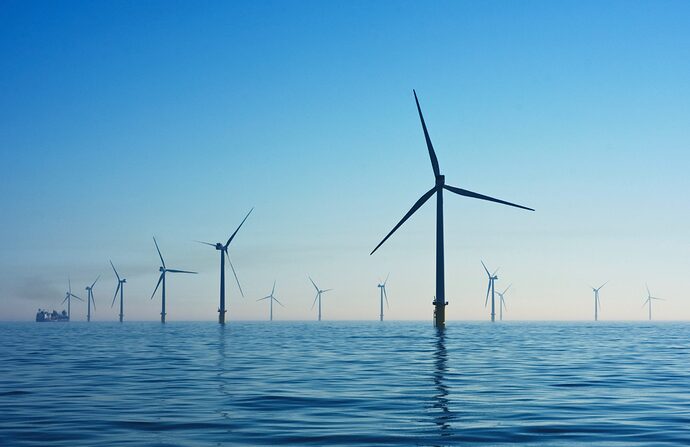 Last week, Commonwealth Wind filed a motion for a one-month delay in DPU's review, telling the state that their project can no longer move forward as planned.

“As has been publicly reported in recent weeks, global commodity price increases, in part due to ongoing war in Ukraine, sharp and sudden increases in interest rates, prolonged supply chain constraints, and persistent inflation have significantly increased the expected cost of constructing the project. As a result, the project is no longer viable and would not be able to move forward absent amendments to the PPAs”

As a result, the project is no longer viable and would not be able to move forward absent amendments to the PPAs”

Of course! Typical of Big business and Government. Let’s start with a contract that neither one of us know any of the details about, let’s both go down the merry path until it’s not looking so merry anymore, then Big Business goes back to the Government with their hand out to get more government (our) funding, easement of restrictions, etc. so that we Big Business folks can make more money.

As a result, the project is no longer viable and would not be able to move forward absent amendments to the PPAs

Void the original contracts by mutual agreement and restart the bidding process all over again. The demand for power did not disappear.

The demand for power did not disappear.

Very true. What has changed is the assumption of ever decreasing production costs.