Where does Ukraine get gas for war?

It suddenly dawned on me, when I saw a story about a legal argument over a Ukrainian pipeline vendor and Gazprom, a major Russian petroleum supplier that no one was mentioning where Ukraine was getting the oil/gas to permit them to prosecute a war if not from Russia.

The world’s attention is now drawn to the presumed sabotage to the Nord Stream oil pipelines from Russia to Europe, but there are other pipelines. 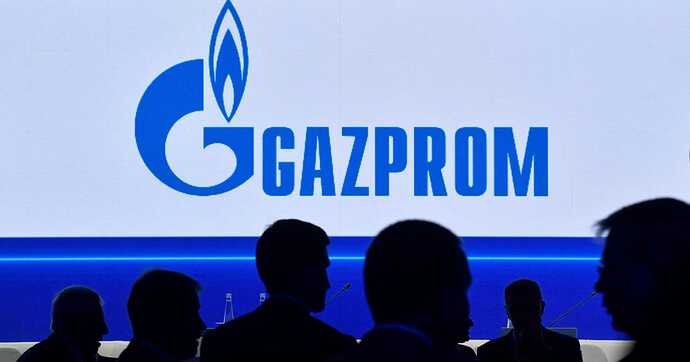 Naftogaz and Gazprom are at loggerheads over payments and arbitration, threatening Russian shipments.

Ukraine’s Naftogaz and Russia’s Gazprom are at loggerheads over payments for gas shipments through pipelines across Ukraine — a trade that has continued despite the war between the two countries.

Under a 2019 transit agreement, Moscow is on the hook to pay for 40 billion cubic meters of gas to flow through Ukrainian pipelines this year — whether it actually sends the gas or not. In total, Ukraine expects to earn $7 billion from the deal that runs to 2024.

Gazprom currently sends 42.4 million cubic meters of natural gas through Ukraine per day — about 17 percent of the line’s capacity. But this month Naftogaz sued for arbitration, claiming the latest bill to ferry that gas on to Europe was “not paid by Gazprom, neither on time nor in full.”

Late on Tuesday, the Russian export monopoly warned: “Services that have not been provided by the Ukrainian party should not and will not be paid for.”

The transit fee spat began in early May, when Ukrainian gas grid operator GTSOU warned that Russian gas destined for European customers was being illegally siphoned off when passing through the Russian-occupied Luhansk territory in eastern Ukraine.

GTSOU stopped offering transit through that route, and Naftogaz proposed that the Russian supplier instead transfer those volumes over to a second transit line not passing through occupied territory. Gazprom is using that route to a lesser extent — meaning the overall volumes transiting through Ukraine have dropped.

Each side is now accusing the other of breaching the terms of the initial agreement, which details specific transit routes and volumes for each. They’re also sparring over where any arbitration hearing should be held, with Gazprom complaining that venues in Sweden and Switzerland are now out of the question because both “have moved into the category of countries unfriendly to the Russian Federation.”

Gazprom earlier this month halted shipments on the undersea Russia-to-Germany Nord Stream pipeline. Both it and the parallel Nord Stream 2 pipelines were hit by explosions on Monday.

If deliveries across Ukraine end, that would leave the only Russian gas flowing into the EU coming via a branch of the TurkStream pipeline landing in Bulgaria and then heading to Hungary, Greece and the Balkans.

The price of energy in Europe has already ballooned because of both the shortage of supply and (presumably) the rising requirements of Ukraine to run fleets of tanks and other equipment during the war.

This presents two dangers to Ukraine:
A shortage of supply causing the inability to continue to achieve their military objectives

A political blowback from “the right” in EU countries and UK who would rather the oil/gas flow to their populations and lower the appealing increase in the price of energy since the beginning of the Ukraine war which would reduce the support Ukraine could expect to receive.

A political blowback from “the right” in EU countries and UK who would rather the oil/gas flow to their populations and lower the appealing increase in the price of energy since the beginning of the Ukraine war which would reduce the support Ukraine could expect to receive.

That is not why the right is on the rise in the EU. The reason is more propaganda based to adequately recapitalize. The companies in Germany are productive but many are not profitable. Capital is being squandered in Europe. There is a different basis for inflation in the Eurozone beyond the war, energy prices, Chinese supply line problems and Covid stimulus by governments and central banks. Europe has come to the end of demand side economics where inflation actually has been problematic for a while. Or worse inflation has a different elasticity than in the US and UK. The right in much of Europe is offering important changes.