It’s important to have an emergency fund in cash. Unfortunately, Federal Reserve suppression of interest rates led to virtually zero interest paid on savings accounts. This isn’t the case anymore. 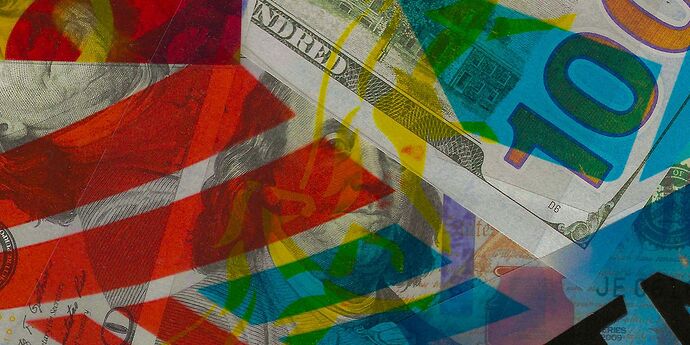 Big banks still pay next to nothing on savings, but their customers aren’t yet moving much money to higher-yielding alternatives.

Big banks still pay next to nothing on savings, but their customers aren’t yet moving much money to higher-yielding alternatives

…
The five largest U.S. banks by deposits – Bank of America Corp., Citigroup Inc., JPMorgan Chase & Co., U.S. Bancorp and Wells Fargo & Co.—paid an average of 0.4% interest on consumer deposits in savings and money-market accounts during the third quarter of 2022…The five highest-yielding savings accounts paid an average of 2.14% during the same period, according to data from Bankrate.com.

The five banks collectively hold about half of all the money kept at U.S. commercial banks in savings and money-market accounts tracked by the Federal Deposit Insurance Corp. That share has held steady despite the availability of higher rates elsewhere…

Since the start of 2019, Americans have lost out on at least $291 billion in interest by keeping their savings in the five biggest banks. That total balloons to $603 billion when going back to 2014, when the FDIC started tracking consumer deposits in money-market and other savings accounts… [end quote]

This makes me very angry. As a small investor and saver, I was infuriated when Paul Krugman said on TV that the Fed and the banks don’t care about savers and retirees.

I’m a “hot money” kind of gal now. As for the banks with the low yields – goodbye and good riddance!

Another question is why people in Germany (12% inflation) the Netherlands (20% inflation till recently) and Baltics (25-30% inflation) are keeping money in any bank at 2%.

I suspect it’s largely because banks provide a number of other services these days, and they’ve gotten increasingly “sticky.” Which makes it very burdensome to switch institutions in search of yield. There’s always been consumer inertia - but the more features that get loaded onto major bank accounts, the more cumbersome it is to switch.

For example, I’ve got easily two dozen bills (if not more) that are auto-paid out of my account, and a larger amount of periodic payees that are already entered into the bill-pay feature or lined up in Zelle.

In a world with close to zero interest rates (ie. the last several years), there’s not all that much to be gained by switching over. With the median bank account only having about $5K in it, it hasn’t made sense recently to give up those conveniences to chase half a point in yield. Now that the gap is closer to two points, I expect you’ll start to see more folks considering it - and the major bank savings rates rise a little bit to narrow that gap.

Actually, all short-term Treasuries are now yielding over 4%, and for them who live in states with income-taxes, the yield is effectively even higher when compared to CDs or the rates paid on bank deposits.

So, why aren’t banks bidding aggressively for money? Because they’re awash in it, and because loan demand is down.

Opps. Correction. At today’s action, the 4-wk bill dropped back below 4%.