An interesting conversation with Forrest Norrod 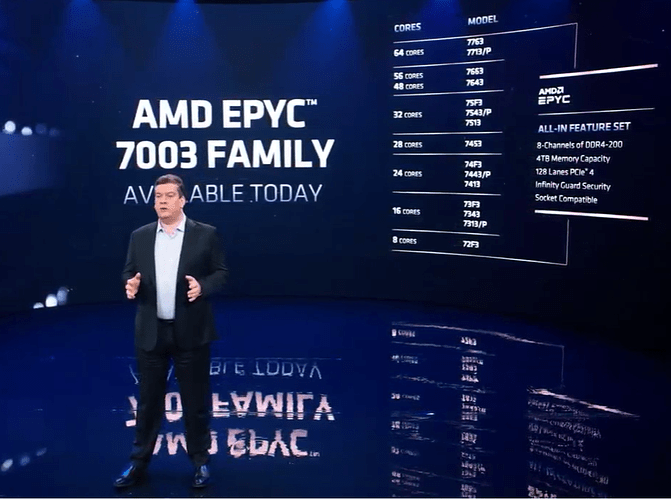 The old AMD – the one before Lisa Su took over – was often brilliant with its instruction set architecture and CPU designs, but sometimes perplexingly

Among other topics was this one.

Forrest Norrod: I can’t talk about any such numbers, as you well know. But what I can say is this. The principal gate for us is not wafers. Particularly for these Epyc chips, it’s advanced substrates. And there’s just a long lead time to build up the factories and increase capacity for those substrates. We have made major investments and I think we are ramping that capacity at a very steep but prudent rate.

Forrest Norrod: TSMC is not the problem for us on the server. So that’s not the issue. It’s other supply constraints. I think we’ve been open about that in the past.

TPM: Why are substrates your problem? That’s what I want to know. [Laughter]

Forrest Norrod: [Laughter] Well, in the end, it’s all my problem.

TPM: I suppose it is.

Forrest Norrod: And just to be clear, we are planning for doubling year-on-year over time.