Drafting 300,000 Russian men may cost more than two times that leaving their jobs 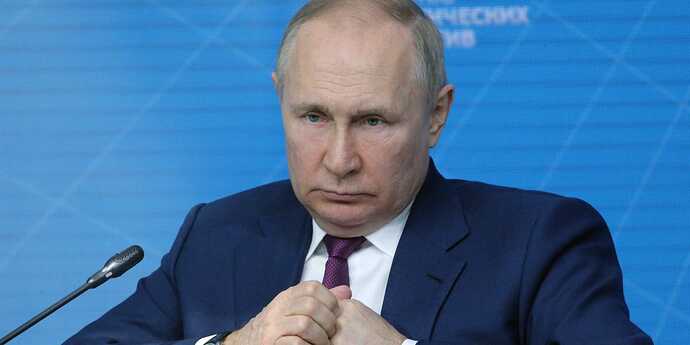 Russia's energy sector is still holding up despite the sanctions, but the mobilization of men is hitting its economy, per the country's central bank.

Just think what that is going to do to the Russian economy for decades. They lose all their young people to war, either being killed, wounded or left the country. It is going to really hurt to be Russian.

I wont be crying for them. You take the orders you pay the price.

I will be crying for Ukrainians for years to come.

Part of my rage against the War in Vietnam was that the draftees were not “evil”, but those in control of the USA were – pursuing their own career goals at the cost of the nation. The draftees and even many of the volunteers were, mostly, confused immature kids.
That Russians have mostly kept their heads down after decades, well, I am not surprised. I weep for the Russian soldiers being thrown into the meat grinder and for their friends and family who love them and will lose them.
And I stand in total solidarity with Ukraine, and hope for victory after victory despite the horror of the entire picture.
d fb

There has been centuries of supporting dictatorships and not getting the job done in making a democratic republic. Now those young men behaving like the worst are once again not taking the necessary stand and killing the other.

We were wrong in Vietnam. Plenty of young men did refuse in their own ways to fight. Plenty of them did protest. Nixon did go after some of them.

I get the Russian government is more punishing. All the more reason to stand up. But Russia just like America can be a very bigoted place. More so the Russian society. I have no sympathy. I do not think having sympathy is a reasonable middle ground in polite company.

This is not really a sad story for the Russian conscripts. Many of them see killing Ukrainians from Putin’s point of view. Especially as Ukrainians must fire back.