This, without question, is my fave documentary of all time, and it is new: David Attenborough -“The Year Earth Changed” 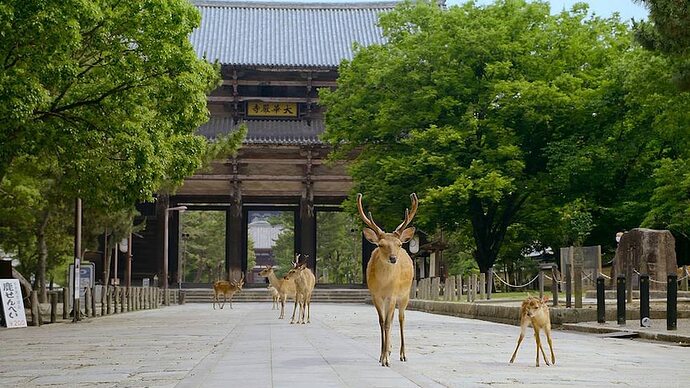 Documentary shows what happens to Earth when you take humans out of...

The Year Earth Changed shows the unexpected byproduct of the pandemic — and suggests a way out of our current environmental predicament.

If you’re watching with alarm as the Earth’s population explodes beyond 8 Billion people, and you want proof what our pollution (noise pollution included) is doing to this beat up planet, then watch this film.

Just the facts, ma’m. And David Attenborough’s dulcet tone to present what the Earth was like for wildlife during COVID? Sold!

I was and still am there, right in the thick of observation, seeing what the Florida Keys were like without a single cruise ship destroying breeding grounds, coral, water quality, etc. It was the loveliest of moments for the fragile Florida Keys. And now it is gone

We may have cruise ships plying our waters and docking in Key West again (after citizens of Key West voted overwhelmingly in a referendum to outlaw cruise ships from our ports, the lobbyists for the cruise ship industry here in Florida got busy and had the State Republicans overturn or referendum’s results) but we are about to score another small victory out there in the Tortugas. Out at Fort Jefferson (60 miles West of Key West) we intend to expand the National Marine Sanctuary yet again - which means an even bigger spawning area where NO FISHING is allowed whatsoever.

p.s. If you ever come to Key West, please, for your education, spend a day out at Fort Jefferson, the Southernmost Fort of the Army of the North during the Civil War. From this fort, Grant’s troops controlled the sea lanes from the Gulf to the Atlantic.

You might go for History, but I recommend you spend at least one night overnight camping. Bring your astronomy binocs or telescope. Absolutely, positively no light pollution. You’ve never seen stars and planets this close up. 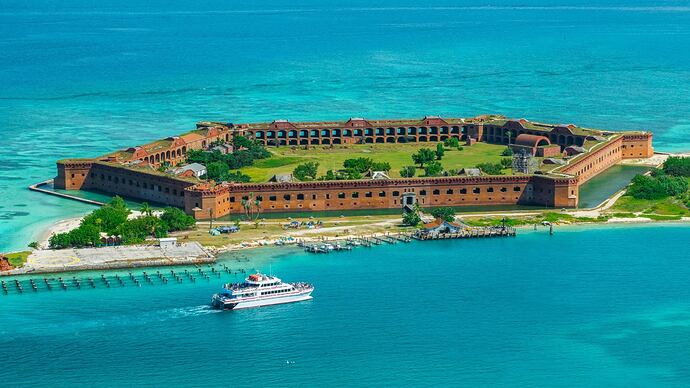 You can wade right off the beach at Fort Jefferson (we camped out overnight) and into gin clear water where the sea life is in LSD quality colors. Snorkeling at Fort Jefferson is like going back to our archipelago’s first sinking below the sea. Everything is pristine - except for the microplastics in the water. And if you are a tourist, take nothing from the water as a “souvenir” (especially Queen Conch Shells) as that means you arrived on vacation only to leave on probation with a trial scheduled later.

We have a contingent of US Park Rangers living out there at Fort Jefferson year round. They give the tours. They answer the questions asked every day, “How do you get electricity, water, internet?” (You’ll love learning how they have lived off the grid for decades.)

Call Yankee Freedom to get out there by boat (and I would not recommend this if you get seasick easily, you’re going across the Florida Straits which are very dicey waters. as in, rough, very rough.)

Or you can get out there much more quickly via seaplane: 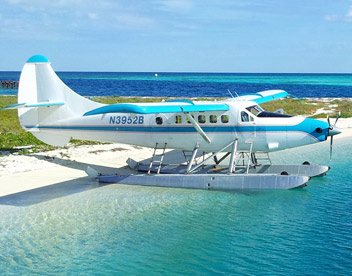 This is my top recommendation of things to do in the Florida Keys. There is nothing, and I mean nothing, like being out there at Fort Jefferson for birding.

Some of the islands in the Tortugas are not only “flyover” stops for migrating fowl, but they are also nesting grounds for some of the rarest birds in North America. And no one is allowed to beach as much as a kayak on these nesting islands. Just anchor offshore in your kayak and use your binocs to see the wildlife in numbers you’ve never seen. And keep in mind, these beautiful birds are protected from rapacious humans by the National Marine Sanctuary - and now we want to expand on these grounds, keep the fish factory ships from scooping up every living thing off our coasts and especially in these nurseries for fish and fowl. 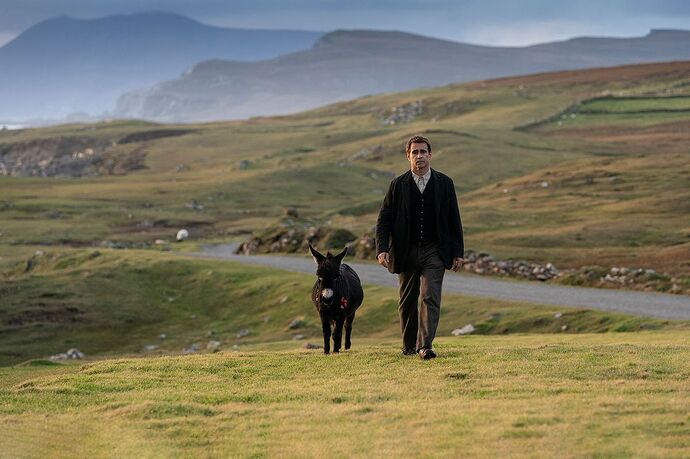 "The Banshees of Inisherin": Competing concepts of justice wage war in...

What happens when one adult friend decides to suddenly, violently decouple through chaotic vengeance

Countries at war can reach settlements, civil war factions can proclaim truces and paramilitaries can be accommodated at the negotiating table. But it can sometimes be more difficult to find a way to cease hostilities in battles between friends, partners and family members.

This is the territory of writer and director Martin McDonagh’s black comedy “The Banshees of Inisherin.” The film is set on an island off the west coast of Ireland in 1923, towards the end of the gruesome civil war that pitched friends and siblings against each other. But its focus is more domestic.

Hmmmmm, S. Korean sci-fi, sounds like one I want to see: Another evening, another scroll through a “best movies on Netflix” list. But this isn’t just any best movies on Netflix list. Oh no. This list has slightly more to offer: a rundown of what’s new each week, whether they’re watch-worthy or not. Plus, the list itself is confined to movies that have scored a lucrative 70 or more on Metacritic. Metacritic is, according to its About page, an aggregator of the “opinions of the most respected …