How to maintain your cell phone, the "4th R" 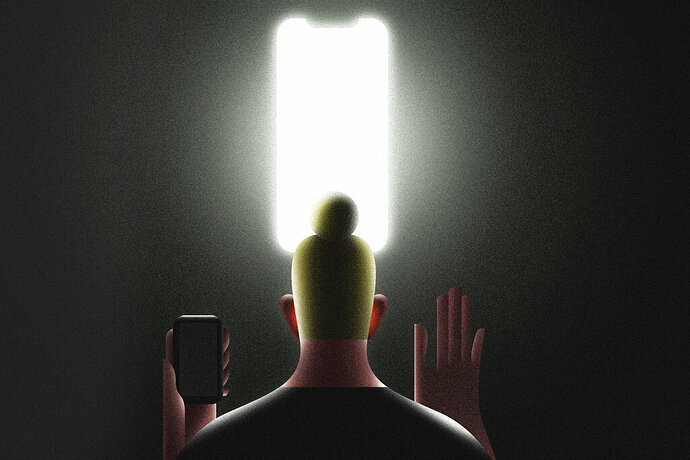 Smartphones Are Like Cars. So Why Don’t We Maintain Them?

Regularly replacing our phones takes a toll on our wallets and the environment. We should instead take care of them as we do our cars.

Smartphones Are Like Cars. So Why Don’t We Maintain Them?

Regularly replacing our phones takes a toll on our wallets and the environment. We should instead take care of them as we do our cars. 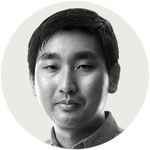 By Brian X. Chen, The New York Times, Nov. 9, 2022
…
Set up a calendar event to bring your phone to a repair shop for a fresh battery every three years, which is usually when the battery loses its vitality, causing the phone to shut off after a few hours (and, perhaps not coincidentally, when people believe their phones are wearing out).

You can also create an annual calendar reminder to do a phone checkup. That could involve simple steps like purging apps and photos you no longer need to free up digital storage space, which can speed the phone back up.

Another motivator may be doing the math. For about $70, you can replace your phone’s battery at a repair shop, which makes this a relatively cost-effective fix. Let’s say that in two years, you trade in your $800 phone for $300 in credit toward the new $800 model. That’s spending $500 on a phone every two years; over eight years, you will have spent $2,800 on phones. In contrast, if you hold on to an $800 phone and replace two batteries for $70 each, you will spend $940 in the same period. For many, especially families with multiple phones, that adds up to major savings. [end quote]

The "3 R"s of ecological conservation are Reduce, Reuse, Recycle. I add a “4th R” – Repair.

I would obviously rather change the battery myself but some companies make it impossible. This article shows that it’s LBYM to refresh a cell phone by replacing its aging battery, even if you have to pay someone else to do it.

Thx - Interesting article, Wendy - Using iPhones here, as far as replacing battery every 3 years, instead I usually do a trade in via Apple about every 3 years .

Using iPhones here, as far as replacing battery every 3 years, instead I usually do a trade in via Apple about every 3 years .

@Tuni, the article discusses this but I didn’t post it because I can only post a few small snips without violating copyright rules. The article was specifically aimed at people who do what you do.
Wendy

**wendy, understood probably not best use of $ however works for me
even if not most frugal choicce. Lol thx

Using iPhones here, as far as replacing battery every 3 years, instead I usually do a trade in via Apple about every 3 years .

Similar here, in 3 years or so there are generally some very tempting improvements or totally new functions to push us over the edge…

As an Apple investor as well as a long time hobbyist, the costs have been covered by dividends on the long term holds of AAPL I am currently blocked on my own Mac, but have updated it to SSD, better Graphics, from it’s original 2012 setup… Tempting to move along to current model, but the old beast keeps on ticking.

Apple Watch is yet another where updating for features is tempting, but so far resisted. DIY battery replacement for iPhone, Watch is beyond my skills, I did replace batteries in the early iPods, Garmin GPS, but the new adhesive assembly of the current Watch, iPhone makes it too dicey for me…

For us, our iPhones, Verizon has been our vendor for a long time, local techs/sales folks have been great,

I’ve taken a slightly different route. I usually buy used iPhones that are two to three years old. I’ve replaced a couple of batteries along the way. I did splurge on my last phone, buying new for the first time in a while. That was mainly because Apple brought back the smaller format that I prefer (the SE).

That was mainly because Apple brought back the smaller format that I prefer (the SE).

Funny coincidence, we were out to dinner last evening with old friends who once lived/worked here in Sonoma County, CA, but now live in their hometown, Boston, MA. His iPhone is a small iPhone 6, likes the small size, the button, but as it’s aging, he’s headed to an SE… Me, I like bigger, more screen space of my my 11 Pro Max, am consistently surprised at the photo quality took my Nikon to Seattle a couple weeks ago, but never used it, instead, only the iPhone… Too easy… On a rainy, misty evening, at Tilikum Cafe, a great dinner, view… 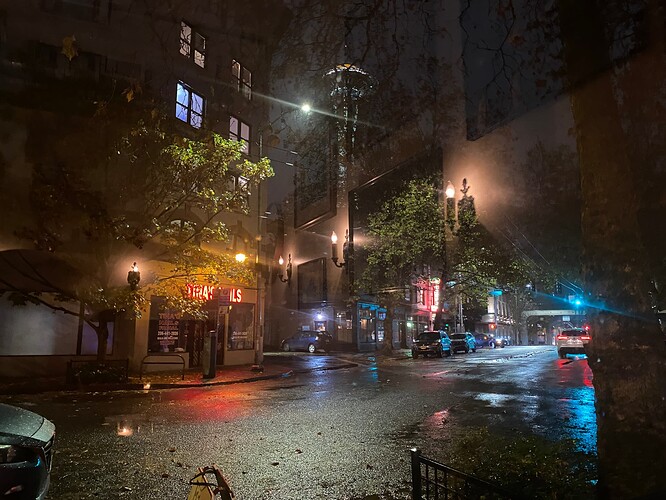