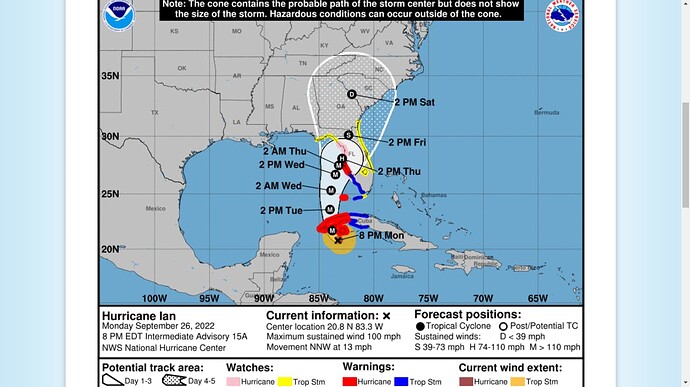 p.s. Outer bands start hitting us this morning with drizzle and 5-10 knot winds.

We had to put down my boy, Razah Cat, at the vet today. I spent my last 30 minutes with him, then my wife placed him gently in the carrier for the trip to the animal hospital. I cried for 30 minutes alone at home after they left.

(I haven’t cried like that since my last cat, Scooter, died last year.)

A rain from a hurricane is just what I need to sleep soundly tonight. Very tough day.

Anyway, the test of the new boards pleases me so far. Will see you guys around if I’m up to it tomorrow and we haven’t lost power.

I’m so sorry about Razah Cat, that’s awful. And a hurricane to boot.

I’m finishing up prepping for the remnants to come through SC over the weekend.

Thank you. And congrats on the work you put in to make the new boards work.

I am so sorry for your loss. In August of 2021 we had to help our companion of 13 years, Bebo, out of her pain. Those decisions are so hard. We decided that we couldn’t do it again. For the first time in 45 years we were dogless. And then on October 4, Flit joined us. The adventure continues.

I hope you stay safe and as dry as possible with Hurricane Ian prowling around you.

We just got power back after a two-hour blackout. Time to recharge some batteries. Non-stop rain lulling us back to sleep under a dome of black clouds.

Condolences on losing Razah Cat. Such a huge tug of the heart to say goodbye to a beloved animal friend. They bring such specialness into our lives. 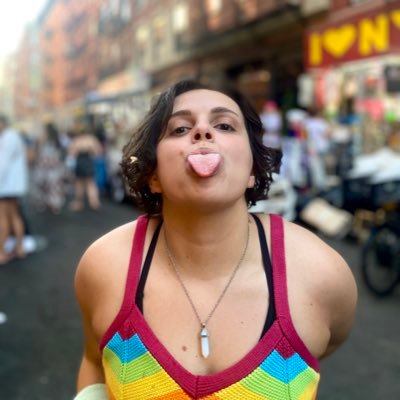 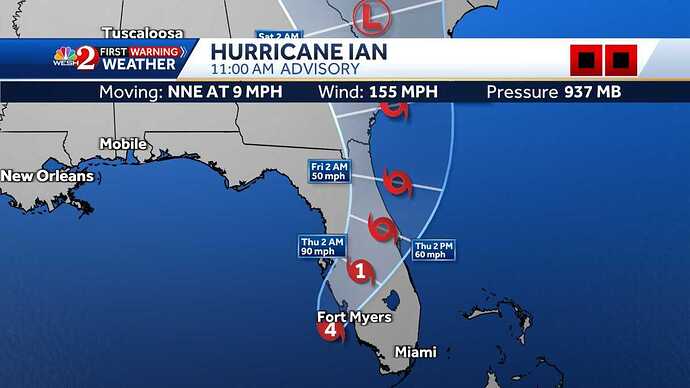 The National Hurricane Center predicted Ian could become a catastrophic Category 4 hurricane with winds up to 140 mph before roaring ashore on Florida.

"… locals already knew things were going to be really serious, because several Waffle Houses closed ahead of the storm. Njeri Boss, vice president of public relations at Waffle House, told MarketWatch over email that 21 Waffle House locations were closed across Florida on Wednesday because they were in the direct path of the storm, with a few located in low-lying, flood-prone areas.

“We continue to monitor weather conditions, work closely with local government officials, emergency management teams and our local leadership in the field to make appropriate decisions based on the circumstances in each location,” Boss added." 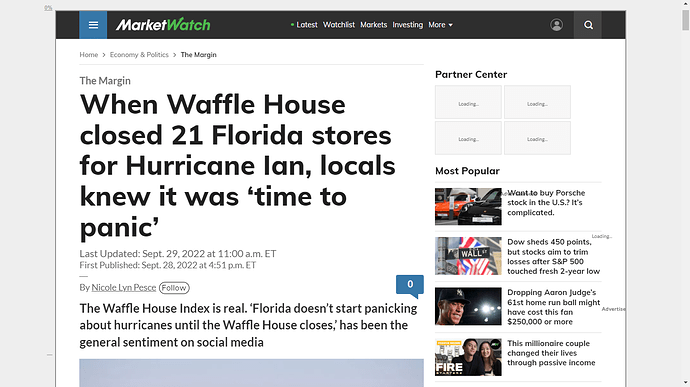 We’ve already lost six insurers this year in Florida due to insolvency. This storm will easily chase other insurers and/or reinsurers away from Florida coastal areas.

I also feel our insurer of last resort, Citizens Insurance (a government sanctioned entitity) will need another major bailout from DeSantis. Got to keep the Socialism for Rich People gravy train on the tracks, don’t you know? 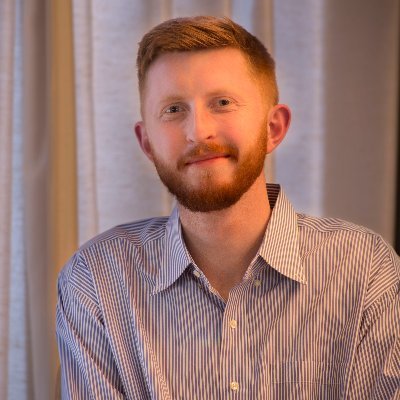 Yeah? We’ve seen worse in the Florida Keys. Much worse. I suggest the Guvnah buy the National Geographic book on the 1935 Labor Day Hurricane (Cat 5) and read how many people died then, so many, that Ernest Hemingway had to embarrass the White House with his description of piles of bodies being burned on the beaches of the Florida Keys.

Or just peruse photos from the recent Hurricane Irma (Cat 5) which wiped entire blocks of homes off their concrete pads up in Big Pine Key.

Once in a 500-year flood? This is why a grandstanding politician is not doing Florida homeowners any favors by talking his book (“Move to Florida!”) and distracting reporters from obvious questions about how Insurers will leave the state or double their premiums to consumers for coverage against wind, storm, flooding, etc. 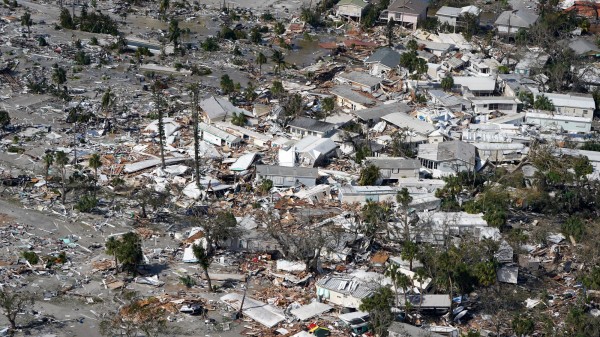 After a conversation with Gov. Ron DeSantis, Biden declared an official disaster in Florida. DeSantis described the storm in a press conference as “historic” and a “500-year event”.

“We’ve never seen a flooding event like this,” said DeSantis during a press conference on Thursday.

Photos and footage of the storm’s damage are absolutely shocking, with many videos showing homes submerged under water and floodwaters pushing cars down the street. In Jacksonville, one [video]
(Southside area sign falls during storm caused by Hurricane Ian | firstcoastnews.com) from First Coast News showed an entire shopping center sign crumbling to the ground right before a reporter was about to go on-air. A hospital in Port Charlotte had part of its roof ripped off by Hurricane Ian’s winds, forcing ICU patients to be moved to other floors. 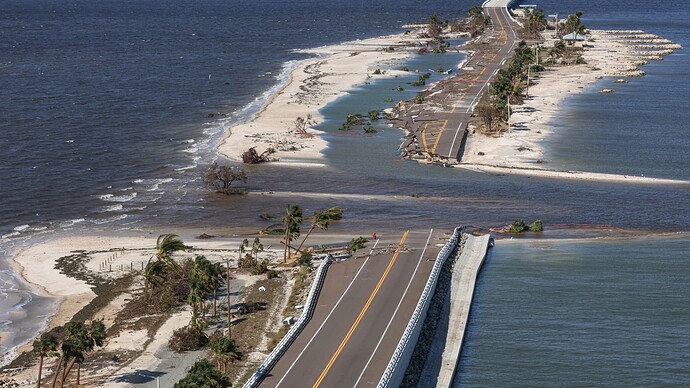 Given the rising sea levels, I’d be shocked, he’s shocked, but I’m not.

I remember when we bought our house in Big Pine back in 2004, and how absolutely crazy the insurance rates were then. Can’t even imagine what they’re like now…and yeah, Citizens is IT. And they will gouge as much as they can, for as long as they can. If sea levels don’t get people in the keys, the dang insurance premiums will!

I wonder how many people are missing and had no one to intervene with LEO for a welfare check? And what happened to all the animals in shelters? 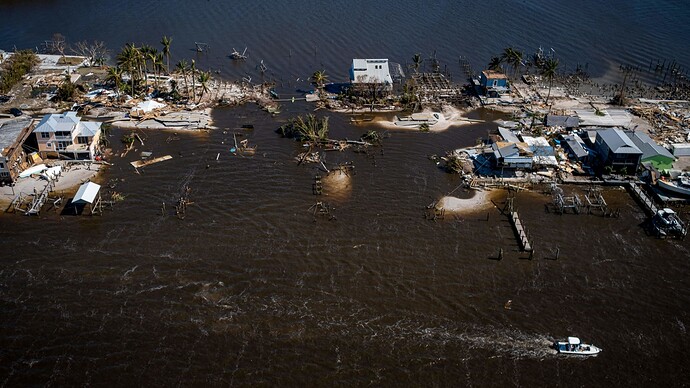 Search and rescue efforts underway in Florida after 'catastrophic' hurricane

Search and rescue efforts are underway in Florida after a devastating Category 4 hurricane made landfall Wednesday.

At least 77 people have been confirmed dead and more than 860,000 people are still without power, according to NBC News. There is “significant damage” along Florida’s west coast and many homes in central parts of the state are still underwater, FEMA director Deanne Criswell told ABC’s “This Week” Sunday.

She said the road to recovery is going to be long.

A friend of mine is a boat mechanic up in Naples. The small boatyard where he works lost boats, equipment, inventory, tools, etc.

I was surprised. I haven’t heard a lot about Naples, and yet Naples had quite a bit of wind and surge damage as well.

Barefoot VLogger on youtube toured Naples Beach on his E-Bike. When he reaches the now damaged shore, he begins a foot tour. A few minutes in, he gives and excellent view of mansions on the beach which sustained massive damage.

‘In panic mode.’ Fear of not enough water, food, gas in Florida’s coastal...

While most Floridians woke up to a normal Sunday with plans for church, family gatherings, and football watching, many people in the Southwest Florida coast, the areas most ravaged by Hurricane Ian, spent the day growing weary, frustrated, and angry...

“Back with Andrew, we had been through hurricanes before, so we knew what we had to do to prepare, and we knew to be patient after,” he said by phone on Sunday. “Over here on the West Coast, the best way to explain it is there are a lot of Northerners, snowbirds. A lot of people who moved here recently since COVID, who used to live in Michigan, Chicago, Minnesota, they have moved here full time, made this their home, and this is their first hurricane so they’re panicking. “Remember Andrew, we couldn’t get anything or get to stores for two or three weeks. I drove up to Fort Lauderdale to go get stuff and then drove back to Miami. Here, you have so many people that this is so new to them that they’re in a panic mode.” Jankowski, whose house is still without electricity, said he had just returned from Publix, where he got a quarter pound of four different deli meats. The man in front of him ordered three pounds of each meat. He said cars lined up for more than two miles along Veterans Way to get into a Home Depot. 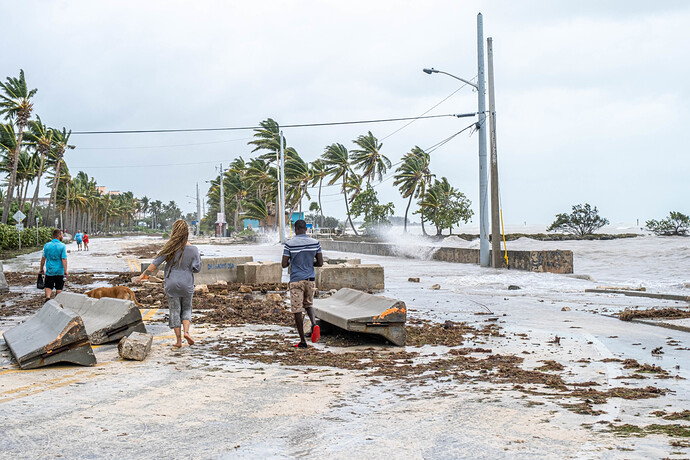 IN PICTURES: KEY WEST DRIES OUT, DUSTS OFF & CLEANS UP IN THE WAKE OF...