iPhone and iPad users can unlock their device by voice

I was unaware of this trick, but it is pretty cool. I tried it on my ancient iPad Air 2 and it actually works. It’s a way to create a phrase that automatically enters your iPhone password to unlock it. It works when the password is required to be typed in at the lock screen. Once it is set up, it does not need a network connection to work. I didn’t even have to “train” it to recognize my voice or the particular phrase I used. So I think anyone’s voice could unlock the device. 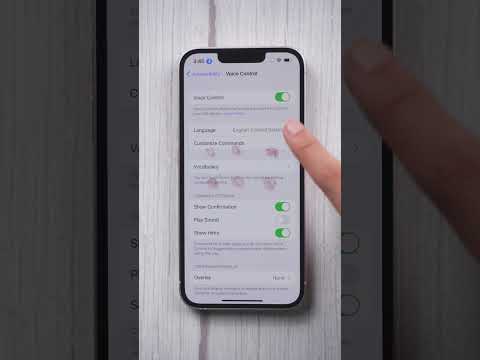 I didn’t even have to “train” it to recognize my voice or the particular phrase I used.

It doesn’t need to recognize your voice because it isn’t limited to your voice. Anyone saying the phrase is good enough.

I realize that, but think I’d at least like the option to be able to restrict it to a small set of specific voice prints.

Clearly, that would be more secure, but seems well in advance of the current technology which is simply using speech recognition to allow a verbal pass phrase instead of a typed one.

I’d say “simply using speech recognition” is pretty advanced as it is. Developing an accurate voice print model can’t be that much more difficult, particularly with massive “neural engine” processing power of the A* and M* chips, can it? (…He says, knowing nothing about how complex voice print recognition is compared to the finger print recognition of Touch ID or the face recognition of Face ID. Hmm, I like the sound of “Voice ID”, pun intended!)

Of course, voice print recognition is more susceptible to trouble … like if you have a cold.

Lets get some terminology straight.

This is only using speech recognition. It knows the words you say, or anyone else says, but not who is saying them.

Noted. Is there a similar demarcation between fingerprint recognition and something less specific? I guess not, since the only semantic meaning of a fingerprint is its owner, whereas speech has meaning regardless of the speaker’s identity.

Clearly, that would be more secure, but seems well in advance of the current technology

I’m not so sure of that. Try saying “Hey, Siri” to your iPhone. That feature requires a bit of training, and will then reject most other voices.

And that’s already available on the phone. Certainly the same technology could be used for a short pass phrase to unlock the phone.

And then there’s CarPlay, it uses my iPhone 11, but apparently didn’t remember my voice too well, doesn’t always respond to my Hey Siri… Maybe background noise, or maybe I missed a setting…

Replying to my own post - perhaps this analogy is an appropriate one: