My favorite Tim’s has had it’s dining room closed since school started a month ago. I no longer even try that one.

My former favorite Wendy’s, the one that was closing at 2-3PM last year, has been closed entirely since last spring.

So, I headed over to another Tim’s, whose dining room had been open last week. Rolled up, at 2PM, and there were zero cars in the parking lot. Two signs on the door. First said dining room closed. Second one said the store closed at noon, will reopen at 8am tomorrow morning.

Arby’s of the three brands I patronize, is the only one whose dining room is reliably open during the day, so I can grab lunch in the midst of running a string of errands.

Is the problem No-one wanna work, or no one wants to work for the wages being offered?

In my area, every restaurant that survived 2020 and into early 2021 is open and running at reasonable hours. Well, except my favorite Sizzler that is closing at 8pm instead of 9pm like the other couple of Sizzlers in reasonable distance from me.

Many are still looking for more workers, but they’re not closing at crazy hours.

I’m in So Cal here. Where are you seeing this?

I’m at the club house bar tonight with two old friends a couple been married two years now. He is a 6 4 300 pound angry stockbroker. Complains endlessly about lazy people. Can not move very fast at 300 pounds. Does not want to stand for very long. He just left Wells Fargo for RBC. Smart move if the swaps market tanks.

He was on it tonight about a welfare mom not working more than one night at a restaurant down the road.

In our usual P contest I finally said it, Wells needed a huge multi billion bailout in 2009. Where did he think his job came from? I was going to add the hundreds of billions in bond buyouts were necessary as well.

He chewed that over. He was not angry with me. Kind of calmed down. LOL He was outed.

I’m in So Cal here. Where are you seeing this?

Minimum wage in Michigan is $9.87/hr. According to a 2018 law, the minimum should be $12.00, as of last January. Aggrieved “JCs”, who didn’t want to be “burdened”, went to court contending the legislature did not enact the legislation correctly, and the court issued a stay on the wage increase until next February.

Before the plague, the (L&Ses) passed a work requirement to receive benefits under Medicaid. The promoters of the legislation said it wasn’t to save money, enforcing it would cost more than it might save. The sole purpose of the legislation was to force people to take the lousy, minimum wage, jobs the “JCs” were crying no-one would take.

In August, we had a little over 11 million job openings and about 6 million unemployed.

I don’t think the issue is lazy workers.

If we ever got our act together on immigration, we could solve 2 problems with 1 solution. But no, we’re too busy spending time creating political theater.

I bet Florida could use a few extra workers this year.

If we ever got our act together on immigration, we could solve 2 problems with 1 solution.

I could point out that my local area is full of immigrants. As a person of western European descent, I’m a minority in my city. The surrounding cities are also chock full of immigrants as well, from all sorts of different places.

In my highly unscientific survey of local signs in the windows, starting wages for unskilled labor seem to be around $17 an hour. And that’s what my son is getting at his new job with a large, easily recognizable JC.

So I’m right with you. A healthy flow of immigrants does a lot for our local economy.

A healthy flow of immigrants does a lot for our local economy.

I agree, it’s what made this country great.
And it also does a lot to and for our culture as assimilation occurs. This apparently annoys a certain part of the population…

A flow of immigrants does a lot of work.

But…it cuts pay. We are in the demand side period where we want factories to relocate back here from China and elsewhere. Those workers get far more in pay. Yes immigrants can do that work as well and will do it for less money.

There would be a worse cry if immigrants were beating down wages. It is interesting how people see only one side of a problem.

No doubt that average wages would go down. For the most part (there are certainly exceptions), immigrants take the lower wage jobs that most Americans don’t want. I don’t think it would have much impact on higher wage jobs.

My guess is that even with the lower wages, 11 million jobs would bring in more revenue than 6 million jobs. 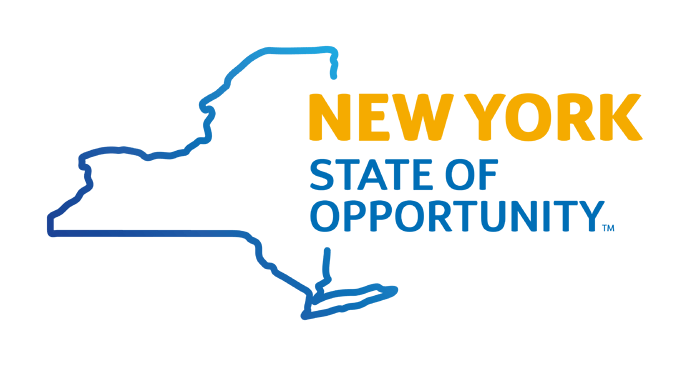 Restaurants have raised their prices over the past few years, but people still seem to eat out. Since the city has over 30,000 restaurants, there is still a high rate of attrition among the new ones, but once they hit the one year line, they generally keep plugging along until lease renewal time (when landlords try to pull them over the coals)

The immigrants take a lot of construction jobs. Those are higher paying jobs that pay in real terms less than 40 years ago. A machine tool company in this area hired all Columbians twelve years ago. The workers were cheaper to hire. There are cleaning crews in all the big department stores overnight that can be American citizens for more money end up being foreigners doing the work.

There is a very long list of what is considered poorer paying jobs that were much better paying jobs in real terms 40 years ago. Also work is work. American teenagers used to go out in the fields and pick. Deciding someone else should have the jobs drives down wages. Yes Americans want more in pay. That leads to a more intelligent society. I am all for it.

Well, NYC is run by a bunch of socialists who “burden” the “JCs”, right? That’s what we are always told.

In Michigan, the current minimum wage for tipped workers is $3.75/hr. Around January of 2021, the Feds set a rule that the “JCs” can, if they wish, take money out of the tips the server earns, to cover some portion of the pay of the bussboys, dishwashers, and cooks…because it’s too much of a “burden” for the “JC” to pay those wages entirely out of *his" money. 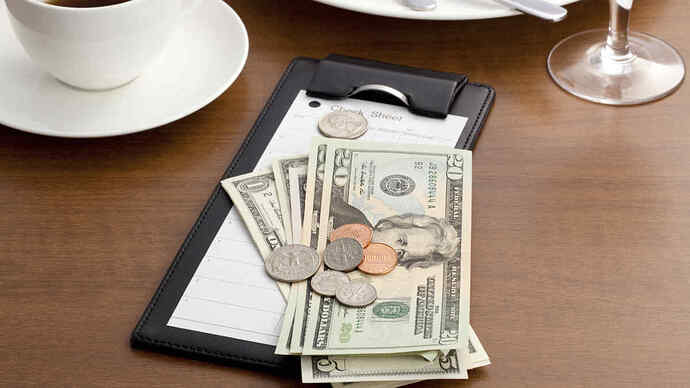 The U.S. Department of Labor recently announced a final rule allowing "back-of-the-house" restaurant workers—such as cooks and dishwashers—and other nontipped hospitality workers to share in gratuities if certain criteria are met.

Restaurants are very shady employers they will take their worker’s pay, legally or illegally.

Restaurants are very shady employers they will take their worker’s pay, legally or illegally.

And they are the ones always complaining “no-one wanna work”. Could there be a connection?
/sarcasm

Bingo! As the man used to say.

Oh, I’ll deny it. There are very few definitive answers in economics (I mean its not physics), so I’m sure one can find some group under some circumstances negatively affected by immigration. George Borjas made a career out of finding such exceptions. But in general there is good evidence from multiple countries that immigration mostly has no effect on the wages of native workers, while generally improving economic activity.

Immigrants certainly increase the labor supply, which undoubtedly put downward pressure on wages. But immigrants also buy stuff thereby increasing the demand for labor. The two kinda balance each other out. In addition, immigrants are almost twice as likely to start new businesses as native-born citizens. In fact, immigrant-run businesses are so common they have created ethnic stereotypes: Chinese restaurant owners, Indian motel owners, Korean store owners, etc. That also increases the demand for labor.

Lots of research on this. Here is a meta-study that is short and digestible with a straightforward conclusion:

Politicians, the media, and the public express concern that immigrants depress wages by competing with native workers, but 30 years of empirical research provide little supporting evidence to this claim. Most studies for industrialized countries have found no effect on wages, on average, and only modest effects on wage differentials between more and less educated immigrant and native workers. Native workers’ wages have been insulated by differences in skills, adjustments in local demand and technology, production expansion, and specialization of native workers as immigration rises. IZA World of Labor - Do immigrant workers depress the wages of native workers?

I have seen the research. My own experiences tell me otherwise. I mentioned a few of them.

I started my career at Texas Instruments, in HQ Dallas, in 1989. Back then the landscapers were TI employees, not a contracted firm. Ditto for the cafeteria staff and the janitorial staff. What did that mean? Vacation pay. Pension and 401k (back then TI had a pension and a 401k). Health care.

I don’t know when that changed exactly, but it certainly has.

Well, NYC is run by a bunch of socialists who “burden” the “JCs”, right? That’s what we are always told.

In NYC, nearly all bagel bakers are Italian, you can buy kosher rugelach in the Damascus Bakery, Chinese restaurants have Mexican cooks, a number of discount retail chains owned by Chasidic Jews hire exclusively hajib-wearing female Moslems as cashiers, have all minority meat carvers at Katz’s Delicatessen. Why should anyone be surprised when the children of immigrants are willing to pay the current generation of immigrants a wage that keeps them out of poverty?

When I was a kid there was a kosher deli on the Lower East Side of Manhattan named Schmulka Bernstien. Their waiters were exclusively Chinese who wore octagonal black Mandarin skullcaps with red tassels who lived in the adjacent Chinatown neighborhood.

They are were fluent in Yiddish and when one of the customers asked the proprietor how come they all spoke such wonderful Yiddish, he allegedly shush’ed him saying “Not so load, they think we’re teaching them English”. OK, so it’s only a joke, but sometimes truth is stranger than fiction

I don’t know when that changed exactly, but it certainly has.

Lots of things changed and I doubt that the cause of TI’s outsourcing of janitorial work was due to immigration. Certainly big changes occurred with the economy and global competition. America was the dominant economic force after WWII. The world started to catch up by the 1980s. American auto, steel, and electronic companies suddenly had to compete with foreign entities who typically had lower employee costs and greater efficiency. American companies had to become leaner and meaner to compete and for many that included outsourcing.

Stuff like pensions started to disappear when 401(k)s were created in 1978 and big companies started defaulting on their pension plans. Most notable was United airlines in 2005.