Quip on vaccines and deniers 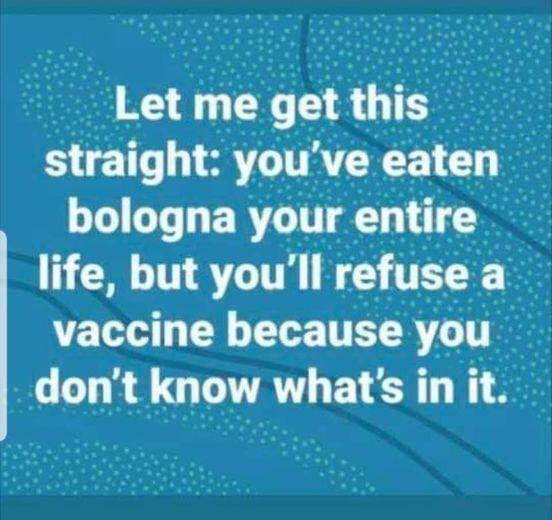 My only problem with this the one couple I wanted to get vaccinated the two of them have not had a slice of bologna is 30 years. He had cancer and radically improved his diet at age 52. He’d objectly in his own case to this meme. Not even worth suggesting anything along these lines to him. His panacea worked, a belief in vit D and Ivermectin.

a belief in vit D and Ivermectin.

Vit D is known to be good. We all know where his head is with regard to Ivermectin.

vit D is okay in amounts less than 1000 IU. In very large amounts it causes bone fracture rates to rise.

It is so so for anything but snake oil salesmen.

A good healthy diet and exercise there is no way around those two as the real answer.

I take one 5k IU per day. Have for years. No problems other than osteo-arthritis, which I have had for 70+yrs.

talk to your doctor again.

I am not here to say otherwise if your doctor recommends it.

But if your doctor is your age…think about getting a younger doctor. I have shifted to doctors who will out live me. Perhaps.

talk to your doctor again.

I have had a variety of doctors, all in their late-20s to 30-something over the past 20+yrs. None stated a problem with Vit D 5k IU/day.

Did they state there “is NO problem with 5k IU”?

Too many people go to a doctor and nothing is said. 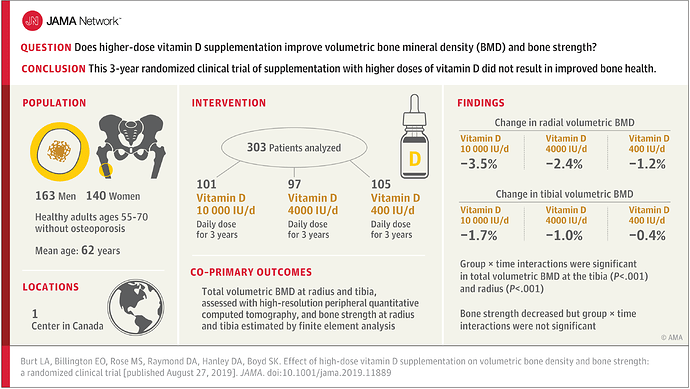 This randomized trial compares the effects of 400 vs 4000 vs 10 000 IU of vitamin D on total volumetric bone mineral density and bone strength of the radius and tibia.

I want to be careful about how I read the results towards the bottom of this study.

They are not good. I am not a scientist or a doctor.

Can’t comment because it does not seem to apply to me. I have had ONE time in my life (20+ yrs ago) when I have accidentally broken any bone(s). That incident was a slip-and-fall at work while I was outside, where the temp was -10F to -20F and I walking on a parking lot with 3"-4" inches of solid ice.

The “news” reported one hangup with this year’s defense appropriation bill was the nutter fringe in Congress was demanding that soldiers be allowed to opt out of vaccinations. No-one gave me any choice. I think Tim noted, some time ago, no-one gave him any choice either. Believe me, in the close quarters on a ship, a plague would pass through an unvaccinated crew like lighting.

a plague would pass through an unvaccinated crew like lighting.

THEN guess who would be screaming the loudest…

Skip down on the link just above your post to see the results on my link.

Breaking bones in the future is the topic.

Others might have an issue with them having broken bones, but it is not an issue I expect to encounter.

we do not know…plus characters.