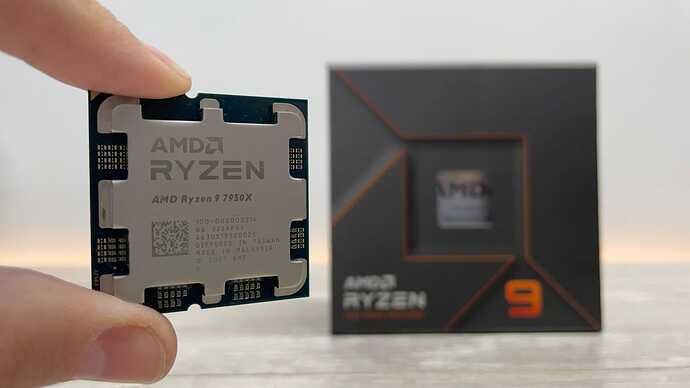 The latest Zen 4 processors for AMD’s Socket AM5 platform have seen signficiant price cuts in recent days, with the likes of the Ryzen 9 7950X dropping from its launch price of 849 EUR to just 669 EUR over in Europe - a drop of nearly 27 percent.

It’s unclear why this is happening and for now the cuts seem to be focussed in Europe, but sales of AMD’s Ryzen 7000 series have been slow, in part thanks to the current economic climate, but also because of other factors such as the new platform only being compatible with expensive DDR5 memory, high motherboard prices and even competition from within.

The Ryzen 7 5800X3D proved itself to be formidable gaming processor and has the advantage of being backwards compatible with older Socket AM4 motherboards, offering much cheaper upgrade paths, albeit on a platform with little if any future. It is another possible reason for the slow sales of its new CPUs.