The "JC" mind at work

I have seen several honchos act like this: think they can get an infinite amount of work out of people, if they keep beating on them, and tell the ones that push back they are welcome to quit, because they are completely expendable. 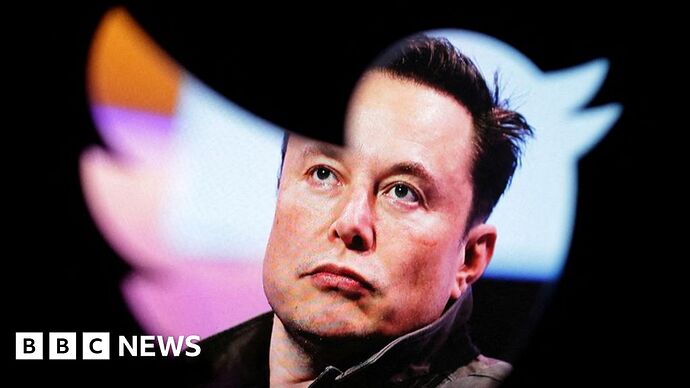 Elon Musk says workers at the social media firm must be "hardcore" if they want to stay, reports say.

There are lots of other more cozy/comfy places to find work.

Which one would you prefer to invest in?

I am a senior software engineer, I know quite a few others who are too. I know a couple of people at Twitter. We all laughed out loud immediately when we read Elon’s ‘sign up for misery and suffering, or I’ll FORCE you to take 3 months paid leave while you look for your next job’.

It’s like Eddie Izzard’s famous sketch about ‘If the Church of England had done the Spanish Inquisition’. 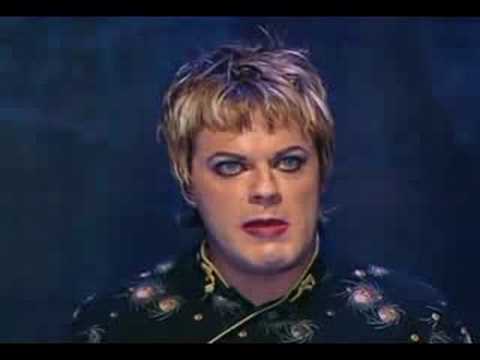 Hi tech employee here (but in processor design), and all my friends are wondering why Twitter people aren’t all taking advantage of the severance and find a better place to work.

all my friends are wondering why Twitter people aren’t all taking advantage of the severance and find a better place to work.

The Captain
was once late to his birthday party absorbed in writing code late into the night.

OMG… The hilarity in that statement.

The hilarity in that statement.

One third of TMF’s Mission Statement!

It seems that half of Twitter’s workforce is already out the door, and yet the company is still functioning. Policy questions aside, doesn’t this imply that the company was massively overstaffed?

I suspect if we look into the advertising revenue we will find that any savings have been wiped out, and not just in the short term. As I posted elsewhere, the “upfront” for on-line advertising is taking place now, this is a time when a sizable percentage of adbudgets for the next year are locked in and contracted for.

There is an “upfront” season for advertisers on television - it’s late spring/early summer as the networks roll out their new series for the Fall Season. (That is being eroded by streaming, of course, but the “upfront” ad gaggle still exists.) What I did not know is that there is also an “upfront” season for online - and it’s going on now. I don’t know a lot about it, except I am told it mirrors the TV upfront (where 50-80% of future inventory is committed.) Again, I have no idea what the perc…

And so far, with his reduction in staffing we have seen a dramatic increase in racist tropes (not good for advertisers), hate speech (ditto), impersonations (ditto, including a multi-billion dollar hit to one corporation’s market cap), general trolling, and searches for and increased uses by other, similar, competitive social media companies.

So as bad as the company might have been, it’s inarguably worse now, including the CEO’s public declaration that bankruptcy is an option. Surely there was a better way to handle all of this, and if there wasn’t, who buys a $44B lead weight with no plan, or such a bad plan that contains nothing but “slash everything, see what happens.”

Anyway, I heard that Musk is offering to help Ticketmaster out of their current difficulties by lending them some of his expertise in running Twitter, so those problems should be over soon

and yet the company is still functioning.

I suppose that depends on your definition of “functioning.”

A significant portion of the staff was employed in the content moderation task. If the new owner doesn’t want to keep an eye on content, then yes, that staff is no longer needed. But that is because of a change in business policy, not because that staff wasn’t needed - at least under the former management.

I’m not suggesting that there wasn’t some over staffing before. Just that the change in policy on its own created some significant over staffing.

Hi tech employee here (but in processor design), and all my friends are wondering why Twitter people aren’t all taking advantage of the severance and find a better place to work.

Tough time right now in tech. Amazon and Meta are laying people off. Google and Microsoft have frozen hiring. If your job skills are in high enough demand you can get a job, but might be harder for the typical workers.

I’ve heard that tech recruiters are working LinkedIn trying to pick off the top Twitter talent, though.

Is that like “My wife wants to get pregnant and I want to be there.”

Tough time right now in tech. Amazon and Meta are laying people off. Google and Microsoft have frozen hiring. If your job skills are in high enough demand you can get a job, but might be harder for the typical workers.

And of course Musk has now demanded that workers sign a loyalty oath or leave (with 3 months severance.) WSJ has surveyed one work group in NY and finds that 50-60% of the group is taking the check and leaving. They don’t say what the group is, so there’s no way of knowing if this is atypical, but I suspect moral is below the lowest level that HR, if there was such a thing there anymore, could measure.

Workers on 1B visas have just 60 days to find a new job or leave the country, so they’re pretty well stuck, the others are surely evaluating the job market but with a looser time line.

Meanwhile Musk has thrown himself a teensy lifeline, getting Space X to spend a totally unnecessary $250,000 on advertising on Twitter to make up for the flight of its many advertisers who are sitting and evaluating, but that’s a plug that he can’t do very often. Internal reports are that the sales and marketing teams have been decimated - and if even 25% of the remaining half stick around, well, that’s a lot of work for the few who are left to pick up.

(So far I’ve tried out mastadon, Tribel, and a newer one Matt Hancock (yes, a guy’s name) but nothing has proved a perfect replacement. Yet. Matt Hancock seems to be closest, so far, but it’s barely starting. That said, these things can whip wildly if they catch on, so Musk is playing a potentially dangerous game here.)

Because today was the deadline for employees to sign the loyalty pledge or get off the island, I expected more media stories; in the last post I quoted a couple of factoids from the WSJ. Now comes one from Washington Post:

For those without a subscription: Musk has dialed back the “come to work in the office or else”, now allowing managers to evaluate whether a person is important enough, good enough, or oh I don’t know, cheap enough to allow to continue remote work.

How is it going?

“I know of six critical systems (like ‘serving tweets’ levels of critical) which no longer have any engineers,” a former employee said. "There is no longer even a skeleton crew manning the system. It will continue to coast until it runs into something, and then it will stop.”

One guess is that 1,000 more people have taken the “buyout”.

About half of the remaining “Trust and Safety Team” now down to 40 employees responsible for, well, minimizinghate speech and other abuse, is gone.

Musk testified in a shareholder suit about his compensation package from Tesla, which awarded him $50 B illion in stock compensation last year.

And in another story I read, some Tesla shareholders are a bit restive over Musk’s appropriation of Tesla engineers to “evaluate code and staff” at Twitter, which is a separate company in which those shareholders hold no stake but are seeing their resources used for others’ benefit. Should Tesla decide to “advertise” on Twitter the way SpaceX has, expect more complaints about misappropriation of resources. 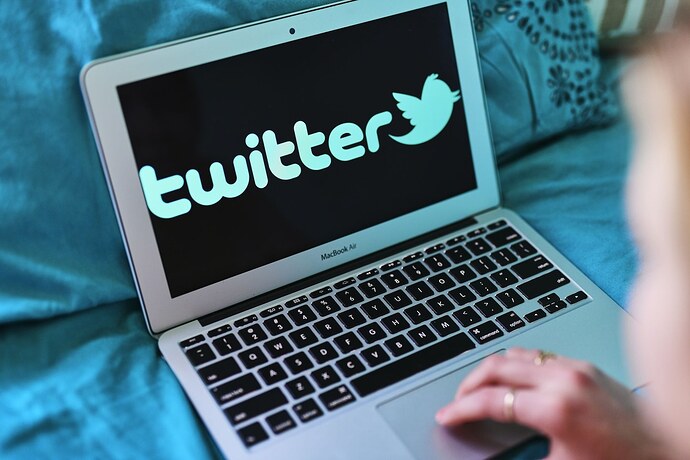 Hundreds said to have opted to leave Twitter over Musk ultimatum

The number of likely departures prompted Musk to ease his return-to-office edict and managers to meet to decide which engineers to ask back.

a separate company in which those shareholders hold no stake but are seeing their resources used for others’ benefit.

They haven’t caught on. It’s all for Musk’s benefit. If anyone else makes a nickle, it is only by accident.

They haven’t caught on. It’s all for Musk’s benefit. If anyone else makes a nickle, it is only by accident.

You know Musk has made more millionaires and paid more taxes than any other human ever, right?

So, if that’s the sort of thing he does “by accident” he must be truly awesome when he actually tries to accomplish something.

Or maybe you just have no idea what you’re talking about.

In what sense is it a loyalty pledge? Seems to me to be a fairly straightforward statement that the company’s mission has been newly defined. As an employee, you must either buy into the new mission or leave. No loyalty explicit or implied.

It certainly sucks if you liked your job the way it was, but that’s how things go when things change. If you work at a place like Twitter you already know that.

Meanwhile, at Tesla and SpaceX you have people beating down the doors to get in and work for Musk. The top two choices for newly graduated engineers. It’s the same culture as what is described in what you call a “loyalty pledge”.

So what’s your explanation?

Me, I think Musk just screwed up and misread the culture. He thought there were sufficient “hardcoral engineers” (rejiggered to appease the nanny) at Twitter who would be excited by the challenge. And maybe there were to start with, before he poisoned the well with arbitrary actions, wholesale changes that respected no boundaries, and a variety of irresponsible tweets. Not to mention the jerks he brought along to help out (thinking of people like David Sacks).

Tesla and SpaceX were (rapidly) grown over time. Twitter is being shrunk and remade in no time at all. Whole different vibe.

Is that like “My wife wants to get pregnant and I want to be there.”

It’s like poetry, you start with a blank page…

Did you know that the Jewish religion is inherited from the Mother? Better odds to get it right.

Apropos of maybe nothing, Twitter is in full Titanic mode tonight. The lights are on, the band is playing, everyone is sharing their best memories, and exchanging their Mastodon and Substack accounts. I don’t think Twitter has hit the iceberg yet, but users are sure acting that way.