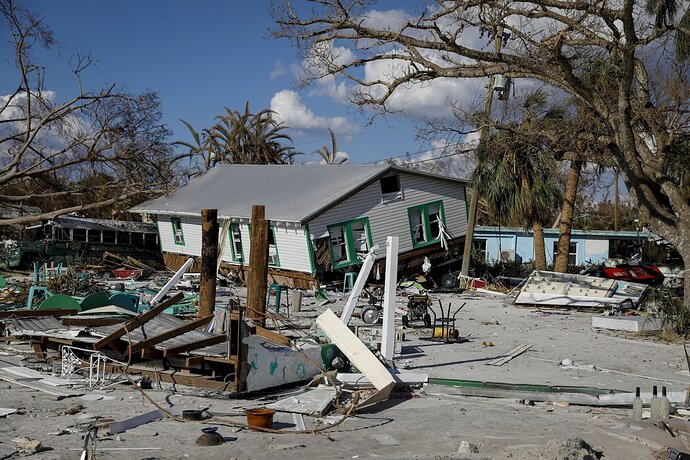 The hurricane is a stark reminder that the state’s homeowners need bold solutions, not just the quick fixes of recent years.

Hurricane Ian is serving as a shot across the bow for Florida’s struggling homeowners’ insurance market. Even before the storm, the confluence of intensifying hurricanes and persistently rampant insurance litigation helped push six companies into insolvency this year and left others in financial distress, with local leaders offering only tepid solutions to the underlying issues. Now, Florida lawmakers must seize the moment to push for truly meaningful insurance reforms before climate change makes the situation even worse.

The problem is multifaceted and calls for an ambitious plan that goes beyond the band-aids offered by a recent round of changes. That means both moving to restrain storm risk exposure and reining in frivolous lawsuits to a degree that will actually move the needle.

Prudently managed insurance companies try to balance their exposure to Florida’s disasters (hurricanes, sinkholes and mold) with lower-risk policies and relatively uncorrelated exposures (tornadoes in the Midwest, wildfires and earthquakes on the West Coast) to ensure that they won’t get wiped out by a single catastrophic event. Unfortunately, Florida is only becoming more populous and riskier, which makes it an awkward fit in many portfolios. Climate change is auguring more intense storms while the local population is booming, sending housing values and disaster reconstruction costs skyward. Meanwhile, the out-of-control litigation costs related to rebuilding magnify exposure even further. And there’s been nary an effort to dissuade the new arrivals from settling in some of the riskiest real estate in the country.

Insurance rates for mostly wind storm insurance have tripled in the Panhandle. We are seeing rates combined with land values making any pre 2010 home a potential tear down. Pre 2001 homes are just about too expensive to insure and that insurance is due to rise.

Homes that are under 16 feet above sea level can get federal flood insurance but it is about as economical to pay cash and take the risk.

The real risk is a collapse in the tax base that makes government services too expensive to provide. In other words, I fear that the cost of insurance and taxes in Florida will collapse real estate financing in Florida and may collapse the entire state finically.

60 Minutes had a good piece last night on a community specifically designed to survive such climate disasters. And while being almost direct center of the path of Ian, came away with only a few downed trees and a couple instances of minor damage. All utilities underground, electricity provided by an immense solar farm. And unsurprisingly, built on “high ground” (about 30 feet higher than surrounding areas, IIRC) so drainage and storm surge not a real problem.

I think this is the piece, about 13 min, although half of it is typical “the hurricane destroyed this” video. There is an interview with an insurance agent in the first half which some may find interesting: 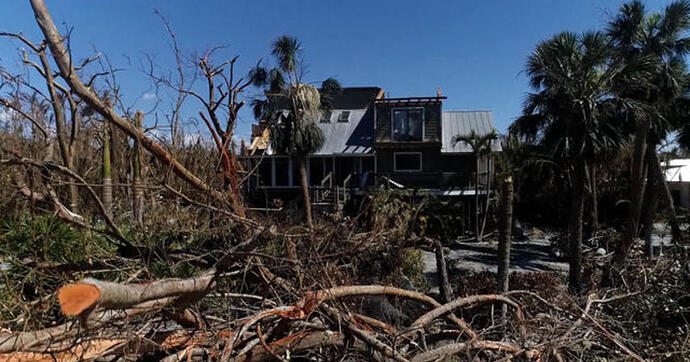 Hurricane Ian: Witnessing the aftermath on Sanibel Island and Florida’s...

Bill Whitaker travels to the Florida shoreline where Hurricane Ian made landfall as a Category 4 storm.

It will require BIG changes in Florida, and perhaps an admission that climate change is real and cannot be avoided, particularly in an area so astonishingly vulnerable.

The real risk is a collapse in the tax base that makes government services too expensive to provide. In other words, I fear that the cost of insurance and taxes in Florida will collapse real estate financing in Florida and may collapse the entire state finically.

Another paragraph from this piece which aligns with your thoughts and the thoughts of most of us in the Florida Keys:

"So what can be done? First, the state needs to address its underlying risk by actively discouraging development in coastal communities and barrier islands. "Short of uprooting substantial parts of the population, the state should at least prohibit Citizens from providing new policies with below-market rates on those properties. Florida prides itself on its vibrant coastal communities, but people who insist on moving there now in the face of growing risks should bear the true costs."

My note: since Irma, numerous high rise building projects (none, by law, over 3 stories tall, all of them with an 8’ clearance or more on the bottom floor for parking, etc., no living quarters allowed on the ground floor) have popped up close to US 1, the only highway in and out of the Florida Keys.

Noticeably absent in sales chats from the Sunny Day Real Estate views which predominate with Realtors meeting innocent snowbirds from the mainland: any mention of fast rising sea levels and concerns shown for evacuation times to travel up an overburdened highway where one traffic wreck can stop travel in both directions. Many times, bad accidents take four to six hours to clear while helicopters are transferring patients to MIAMI hospitals with their better prepped ERs.

Add a quick moving storm surge to people trapped on US 1, and we have all the makings for a giant calamity similar to what we had in 1935, when the Labor Day Hurricane forced a storm surge of 30 feet over phone/telegraph poles and threw a line of connected railway cars off the tracks in Lower Matecumbe Key going down to Key West.

Hundreds of Veterans working on Flagler’s railroad died. Hemingway wrote about the piles of bodies set ablaze on our beaches as the Federal government was moving too slowly to offer rescue and reclamation: 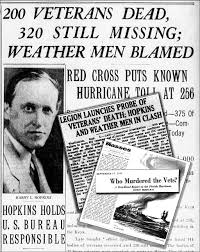 Here you go about that community with infrastructure underground and which suffered no outages and very little damage.

Babcock Ranch, FL is an all solar community just 12 miles away from Fort Myers. And yet . . . during Hurricane Ian, none of the 2,000 homeowners in Babcock Ranch lost any of their utilities, despite uprooted trees, stripped off siding etc. This is the way forward: The storm uprooted trees and tore shingles from roofs, but other than that Grande said there is no major damage. Its residents say Babcock Ranch is proof that an eco-conscious and solar-powered town can withstand the wrath of a …

Not mentioned in this piece is what underground infrastructure consists of in the Keys and near shore Real Estate on the mainland over the Biscayne Acquifer: subsidence (land sinking) due to sea water pushing up through our coral rock base (which turns to sponge cake eventually).

For instance, the Florida Keys has now sunk miles and miles of new sewage pipes so that all homeowners would abandon leaky cesspits which pollute near shore waters. Whenever the trenches for these sewer pipes were dug, crews had to run humongous water pumps to extract sea water from the saturated coral rock mush under ground.

Were we to build a ten foot wall around all the archipelago of the Florida Keys, every connected Key (island) would become a saltwater swimming pool with sea water pushing up through the ground.

The message seems to be that better building codes can make a big difference. Costs will rise. They will need to be selective as some ideas may be impractical.

Those beaches are still attractive and delightful places to live most of the time. Adjustments must be made. Keep learning how to minimize the worst damage.