One of the local TV stations has a regular feature “what’s going around” where their resident Doctor lists the ailments being reported at various hospitals and clinics in the area. The usual list is flu, covid, pink-eye, RSV, and a variety of other ailments.

I was surprised when the media, all three major networks, and all the local “news” broadcasts suddenly got on board with RSV hysteria a few weeks ago. Every day, for 8-10 days straight, everyone what chattering about an RSV plague, even though RSV has been a routinely occurring infection, for years.

On the wires today. It could not have been stage-managed any better. Get the mob in a big panic, then announce that a vax has been developed and the trial completed, for exactly what the mob has been whipped into a panic about.

Steve…confident in the corruption of Shiny-land, and particularly the Shiny media, and long PFE 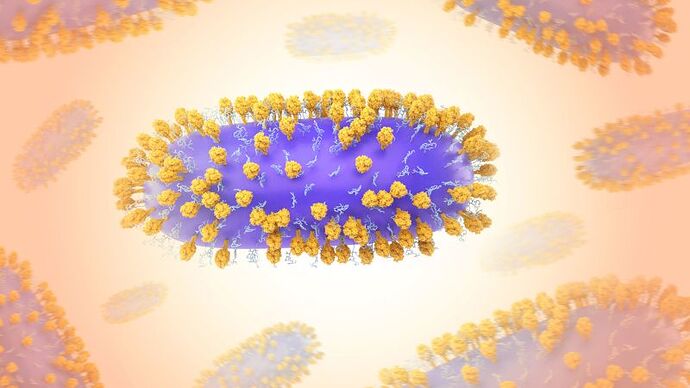 After promising trial results for maternal RSV vaccine, Pfizer says it will...

Pfizer says it has enough promising data on its respiratory syncytial virus, or RSV, vaccine designed to protect newborns that it will end enrollment in the study and submit for US Food and Drug Administration approval by the end of the year.

I was scheduled to be part of a two-season RSV vaccine study starting Fall 2020 (so Fall-Winter 2020-2021 and again Fall- Winter 2021-2022). A day or two before the first round, I was called and told the entire staff at the facility had Covid, so they were shutting down for a week or more. Never heard from them again. So this is not a surprise to me–and the timing is about right as well.

Or RSV is going around and it is worse than normal? It normally is the cause of 4% of pediatric deaths, and is considered underreported. I think that is higher than the death rate from diabetes in the general population, to put it in perspective. RSV famously had a failed vaccine in the 1960s that influenced subsequent vaccine development. Hopefully this maternal vaccine approach works in this trial, it could save approximately 100k infant lives globally.

Or RSV is going around and it is worse than normal?

It could be worse than normal because little kids haven’t been exposed to as many diseases to build up their immune system (because of covid).

It could be worse than normal because little kids haven’t been exposed to as many diseases to build up their immune system (because of covid).

Certainly seems to be an actual resurgence this year now that it’s back to business as usual for so many…not that it’s ever been considered an innocuous infection in the very young. I have no doubt that the inevitable increase in news reports and the apparent coincidental release of news of a possible vaccine on the horizon will fuel the anti vaccine squawks about Big Pharma-CDC collusion that’s always been an undercurrent with that movement.

The current RSV epidemic is a negative statement about the general health of children these days. I’m a “child of the 1980s”, and it seems to me that the health of the American population has been on the decline for the past few decades. This decline has only accelerated during the course of the COVID pandemic.

You can see the longer term 1800-2020 data visualized in https://www.statista.com/statistics/1041693/united-states-all-time-child-mortality-rate/ and really brings home how much better childhood mortality is today than it ever has been.

This RSV outbreak is not a negative statement about the general health of children, “these days”. RSV diagnoses in vivo and postmortem are going to be much high today, and it’s clear to all of us that have invested and made money in companies like Illumina that it’s on the diagnostic side.

Maybe general population health is worse in some ways, but since we are talking about a vaccine administered to pregnant mothers to protect infants, problems of obesity, alcohol and opiod abuse, and suicide by gun aren’t relevant.

You can see the longer term 1800-2020 data visualized in https://www.statista.com/statistics/1041693/united-states-all-time-child-mortality-rate/ and really brings home how much better childhood mortality is today than it ever has been.

Also, easily confirmed with a tour around any older graveyard/church archives (FWIW, it’s not unknown for folk who like to believe the evidence of their own reminiscences to tie themselves in knots trying to refute these sorts of statistics)

I have a shrewd idea that we’re going to see an uptick in hospital admissions for flu related illnesses (along with deaths) this year also. Based solely on the ease of getting my Industrial Strength For Real Grown Ups flu shot this year as compared to 2020 when the stuff was flying off the shelves as soon as it arrived at the pharmacy. The pharmacist also confirmed that uptake was definitely down.

I suspect that the situation in pediatric ICUs is close to what we were seeing all over at the start of Covid…and, unless I’m suffering from False Memory Syndrome, there was a similar degree of Covid denialism and suspicion of the “sudden” development of an effective vaccine back then as there is regarding RSV.