I don’t know the details about what is going to happen when, but extraordinary measures have begun as we have hit the debt limit. Based on Congressional lunacy I’m really considering some massive portfolio trimming this time.

If ordinary is normal, wouldn’t extra-ordinary just be even more normal? English is confusing.

If ordinary is normal, wouldn’t extra-ordinary just be even more normal? English is confusing.

“Extra-” meaning “outside of” as in “extraterrestrial.”

Based on Congressional lunacy I’m really considering some massive portfolio trimming this time.

Considering that this potential crisis is happening at the same time that the economy will be slowing (and possibly entering recession) due to the Federal Reserve raising interest rates, I think that’s prudent. Also, I think many market participants will come to the same conclusion, which would exacerbate selling.

What I don’t know is, would my money market be safe in the event of a default? In other words, I know what to trim FROM, but not what to trim INTO.

Your money market is in all likelihood safe because the odds of a default are very low.

In a default the US will be in ruins.

Cutting the budget because a few people are entirely into themselves and not reality can cause a complete meltdown of the US economy.

I do not believe at all that cutting the budget is the goal. I think sinking the US economy is the unstated goal. The entirely thing is about hurting everyone.

We are embarked on a major economic change in the US towards much faster growth of the GDP in many of the years over the next couple of decades. To stop that success is criminal.

So yeah if we default it is not just you it is all of us with worthless portfolios and no where to turn. Y’all be going back to work if you can find a job. Jobs would be scarce. Your electric lights would be off. Your car would not be gassed up. The USD you would need to earn would be next to worthless. Very promising!!

There is literally no upside for any of us.

I will try to get Wendy a job at a local diner but she’d have to work in a dark lights out kitchen.

I am totally serious. Expect I wont have the money to fly Wendy out here and help her get a job.

Anyone out there see a shred of an upside in any of this? Even a tiny peanut for an elephant? Even a small hint of how this would help a single American?

Your money market is in all likelihood safe because the odds of a default are very low.

It depends on what the money market fund puts your money into. The default sweep account option at one brokerage I use put all it’s money into sketchy paper. I noticed that when I looked through the fund’s annual report in 2007. I called the brokerage to shift me sweep account to a short term bank CD option that had FDIC insurance. A year later, that default fund, the Reserve Primary Fund, broke the buck when the sketchy paper it held blew up. 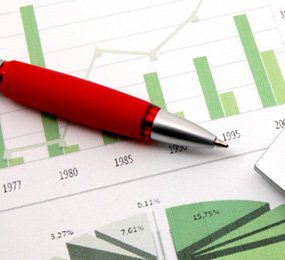 This 2008 event where the net asset value (NAV) of a prominent money market fund fell below $1 per share serves as a teaching point for investors.

My assumptions about how bad our meltdown will be if we default means FDIC insurance would falter and fail the American public. One way is to make the FDIC whole means massive inflationary printing of the currency. Either we renege on the FDIC pledges or we stoke unbearable hyper inflation.

The Great Depression was about a deflationary period when printing helped stave off deflation.

This period is about tamping down inflation. That wont go away because we default on the debt.

Anyone out there see a shred of an upside in any of this? Even a tiny peanut for an elephant? Even a small hint of how this would help a single American?

Gold and Bitcoin should go sky high and your NFT’s might finally take off.

Gold and Bitcoin should go sky high and your NFT’s might finally take off.

There is absolutely no upside to the U.S. defaulting on debts. In the first place, it is not even legal–the constitution forbids it. In the second place, everyone running for safety runs to U.S. bonds, and if the U.S. doesn’t honor its debts, then the bonds are worthless. In the third place, this is just a threat to allow certain legislators to try to pass some nutty bills, like cutting Social Security and Medicare (which would pass the expense for disability support to the states, and not save anyone any money). It is foolish grandstanding, like a person threatening suicide by standing out on a public ledge.
And after all this grandstanding, no doubt the next budget passed by Congress will be even larger than the last one.

There is absolutely no upside to the U.S. defaulting on debts. In the first place, it is not even legal–the constitution forbids it.

Right and all the pensions will fail so the military, police, firefighters, teachers, all of them will no longer get their pensions because every municipality will go bankrupt. But then, and finally then, We will have the government right were the lunatics want it, smaller, because after all the worse words anyone can hear is " I am with the government and I am here to help you". But hey, let’s let the clown show go on.

Andy
Do you think those people even read the Constitution?

My NFTs have a great chance in the 2024 to 25 period. I need the USD to have value either way. But you knows that.

It is foolish grandstanding, like a person threatening suicide by standing out on a public ledge.

The problem with foolish grandstanding is that sometimes what you threaten comes to pass. Some of those threatening suicide by standing on a public ledge do fall. That’s a terrible thing, but in that case the damage only affects a limited number of people.

Because this grandstanding is with the US Government, it puts the entire US economy at risk. While I agree that it’s unlikely that a broad default will happen, by stepping out on this ledge, it becomes possible for such a default to happen. I think its quite prudent to consider what a default would to do to your personal portfolio, and what steps you might take to mitigate any damage - or to be prepared to take advantage of the situation.

Selling everything is probably not a great idea - at least not for everyone. It might be for some. But perhaps trimming positions here and there, or selling certain risky positions outright is something to do. Others might benefit from buying puts on certain stocks they might not want to sell. Maybe keeping cash on the sidelines instead of reinvesting or rolling over maturing bonds.

In any case, this is the time to think about your positions and what you want to do. Much better to think about it now than make snap decisions in the face of great uncertainty.

snap decisions in the face of great uncertainty

We have great uncertainty right now

Foreign stocks seem to be holding up for the moment.

But this is what I want. I want to clearly know all about the economic theories that are wanted by these folks. I want us to kick the tires. I think it is all wrong what they want. Getting rid of SS or Medicare etc…I think we need them to try to tell the American public how screwing the country is excellent for the country in their view. Then let the American public fully see the economics for what they are.

Slowly draining the US economy more and telling people it will pay down the debt is not a partisan issue. It is sheer stupidity. We saw these lies from 1981…

Nothing is safe, you have to get gold and guns and install a bunker. That’s because this time, the government and the fed are going to let it all collapse into oblivion.
#sarcasm

Getting rid of SS or Medicare etc…I think we need them to try to tell the American public how screwing the country is excellent for the country in their view.

Some have been trying to say for years that SS and Medicare recipients are welfare layabouts. Most of my 40-something coworkers had become convinced they are paying FICA tax for nothing because they will never see a nickle of it. Remember the pol posturing, some years ago, waving a binder and saying words long the line of “there’s your trust fund, nothing but worthless IOUs”. Of course the contents of that binder were receipts for US Treasury Bonds, backed by the full faith and credit of the United States, but for the purposes of propaganda, they were pronounced “worthless”.

So, with the mob thus “groomed” that they will never collect, but giving more money to the “JCs” will benefit them, you might get enough people in favor of letting them take SS away.

Remember the dystopian plan Steve to solve the labor shortage? Force all the able bodied retirees back into the workforce by cutting off their SS pension and imposing a work requirement for Medicare. Meanwhile, the (L&Ses) will crow about how they “preserved the social safety net” by allowing people too feeble to work, to collect the SS benefits they paid for, and be excused from the work requirement to collect the Medicare benefit they paid for.

The old mob will get their benefits.

This is actually about cutting off the Millennials and Zs. This is a last ditch effort because the Millennials and Zs totally disregard such bull…they generally do not buy into garbage from boomers. The two generations are nice and humor us but think we are en masse full of it. The younger ones know us as a group well.

In 2006 I began to tell the 20 somethings we do not know jack. We only en masse get it totally wrong. That sales pitch was self evident. It took zero effort.

The two generations are nice and humor us but think we are en masse full of it.

Remember what we boomers used to say “never trust anyone over 35”?

But will the Millennials and Zs be willing to pay FICA tax, knowing they will never see a nickle? That is how the entire system falls apart. By breaking faith with everyone, willingness to pay the tax evaporates.

But will the Millennials and Zs be willing to pay FICA tax, knowing they will never see a nickle? That is how the entire system falls apart. By breaking faith with everyone, willingness to pay the tax evaporates.

That age group is more along the lines of Franklin Roosevelt. They were strong Bernie supporters and they are never going to let anybody do away with Social programs. Why do you think Biden was trying to pay their College bills.