Apple’s quarterly report for the quarter ending on 9/30 are to be released after the market closes today. Judging by how AAPL is trading today, it looks like the market is preparing to be disappointed. It is down almost 2% at this time.

Still slipping… Will it bounce back up? Hopefully…

When it comes to Apple, the market seems to WANT to be disappointed.

After hours is rather chaotic!! It may take a while to sort it all out, some beats, some misses, the overall should settle out, patience! Must have patience! CNBC’s AH ticker/chart shows it back up again… Patience…

When it comes to Apple, the market seems to WANT to be disappointed.

So many times when it was all positive reports, AAPL would dive, the current chaos hopefully will settle back down…

Amazon however took a huge drop… 18%… Not in my portfolio, thankfully, I only use their Prime, free shipping…

I have some Amazon stock bought at $17 per share a long time ago. Clearly we all should have sold everything 8 months ago. But of course, hindsight is 20/20. Did anyone predict the huge 18 month tech stock run-up at the start of the pandemic? Not many. As for Apple’s current quarter result, they look ok to me, but what do I know. Not bothering to look further tonight, so I can sleep a little easier

Poking around I see a positive article, but we’ll have to see what tomorrow brings… 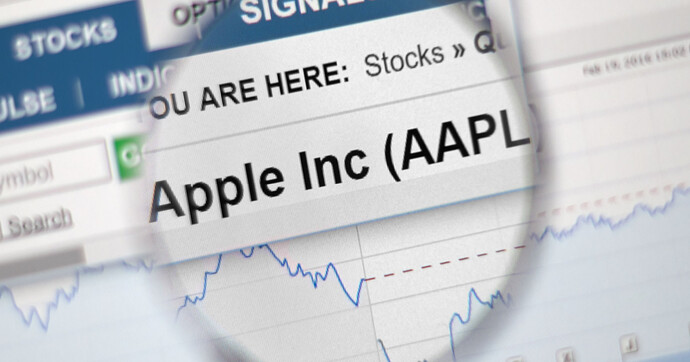 Apple has broken records and beat expectations again with its 4Q22 earnings report. The iPhone maker reported $90.1 billion in revenue.

Yeah, I couldn’t resist taking another peek before tomorrow. I’m relatively happy, so now I can continue to mull over pulling the trigger on a new M2 iPad Pro 11 256 GB wifi-only model. I want the latest and greatest and this is it, undiscounted price be damned. I’ve already got a 2nd gen Apple Pencil at $40 off Apple’s price and a $13 case very similar to Apple’s $80 “smart folio” case coming from Amazon, so I’m committed.

I’m still plodding along with my 2012 Mac Pro, but also iPhone11m so a mix…32" Dell monitor, an SSD has it purring along but I’m behind on some applications, will be costly for me to move on up to the Studio… 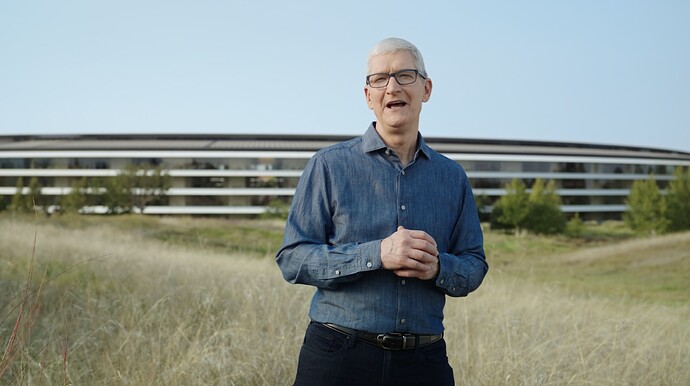 Apple’s fiscal Q4 earnings are out and while the company saw another record for revenue, there were some slight misses on expectations. CEO Tim Cook shared more details on what challenges the company is seeing like trying to keep up with iPhone 14...

Spotted in another venue…

The quarter was “fine”; 8% YoY growth in revenue is about what you can expect on an average quarter these days. If they can continue on this trend they could reach $420B in sales and say $6.70 in EPS by this time next year. A 25x multiple on EPS would get you to a $165 stock price; up about 16% from current levels. I would put this as my base case. Bear case would probably be a flattish stock price for the next 12 months and a bull case might put us closer to $200.

Must have been that M2 iPad Pro 11" I just bought. Just doing my part!

I’m relatively happy, so now I can continue to mull over pulling the trigger on a new M2 iPad Pro 11 256 GB wifi-only model. I want the latest and greatest and this is it, undiscounted price be damned.

Thanks. That’s $30 cheaper than buying from Apple, but there’s a $5 shipping charge. Oh well, before I read your reply, I ended up buying directly from Apple. Should arrive tomorrow. The new iPads seem to be immediately available, which is great for customers, but I wonder what it means for demand? Even most of the “Apple Fanboi” Youtube channels are bashing it as a worthless upgrade. That’s probably true for those who already have the previous M1 model, or even the one before that, but for all those who have older iPads, this 2022 model is quite fine. What more could it have had? MagSafe, reverse charging, smaller bezels, a front camera in the center of the long side instead of the short, the ability to run full MacOS? Sure, all those would have been nice, but frankly, the iPad Pro is pretty close to perfect as it is.

Also spotted in another millennium.

I used to wish I had a computer that ran OS/2 Warp at work. It was a great OS.

I spent years trying to convert my workplace, WeCo/Lucent to Mac OS usage, to no avail… We used Unix from tome to time in chasing software, hardware problems in a variety of our products, installations. Office was a crossover, way early, but NY HQ, Labs seemed locked into Win NT, with very clunky user interfaces, so we were stuck with old legacy systems, but many, many times I used my Mac to make up sketches, to graphically explain the work we were doing, or to create labels for the various gear we added… It could have been so much easier… Labeling, they went to p-touch, better than rubber stamps, and sticks with india ink, but it could have been so nice…

MacDraft, MacDraw made illustration so easy…